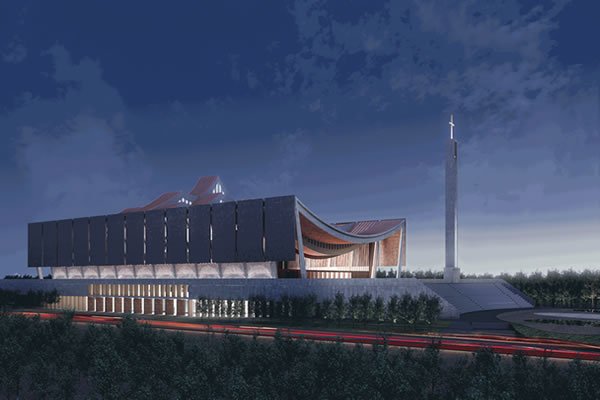 A panelist on JoyFM‘s GhanaConnect, Edwin Appiah, has suggested that government should abandon the construction of the National Cathedral and use the land earmarked for the project to construct something that will be directly useful to Ghanaians.

According to Mr Appiah, the National Cathedral project should be converted into a huge hospital that will serve the West Africa sub-region.

“I would say we should convert the project into something that is directly useful in improving the average lives of the ordinary Ghanaian,” he noted.

Mr. Appiah, who is a Journalist working with the Fourth Estate, added that, “They should just call the architect to go there, re-design the whole thing inside –out and then make it into a big hospital .. so the President and Ministers don’t have to travel out to seek medical care.”

He made this point as his contribution to discussions on the relevance or otherwise of the National Cathedral on Friday, June 17 edition of the programme.

He disagreed with suggestions by other panelists that the construction of the religious edifice should be suspended, “When you suspend it, when are you ever going to really begin? So I think we should just convert it,” he argued.

Man chops off his penis after using cannabis