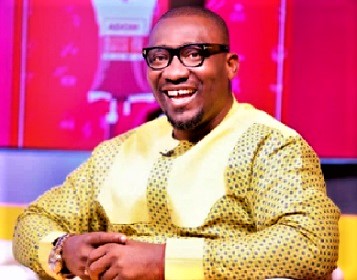 Mr Nixon, who confirmed his bid in Accra, was optimistic about the NDC’s return to power in 2024 if he is elected to join the apex decision-making body of the party.

On December 17, 2022, the NDC will be electing new national executives who will serve as leaders for the next four years.

Speaking to the media, Mr Nixon mentioned that his competence and experience had been honed from the many portfolios he has held within the party since officially becoming a member of the party in 1996.

“I have some plans, policies and programmes that, I believe if I’m given the opportunity to join the team, will help in making decisions and plans that will make the NDC win come 2024,” he said.

He asserted his resolve to make the NDC more attractive by revamping some key structures such as the Youth Wing, Women’s Wing and the Zongo Caucus.

To this end, he underscored the need to prioritise and strengthen the International Relations Department, Elections Directorate and Information Technology (IT) Department, so that all other subsidiaries could function efficiently under the office of the organiser.

“Note that the office of the organiser or the organisational department, per the constitution, is responsible for turnout on every election in the party, internal or external. And so, if you don’t pay attention to what happens at the election’s directorate, then you’ll be getting something wrong,” he said.

“You need to make sure that everyone is up to the task, and their plans fit into the plan of that department, so that we will achieve that common goal,” he emphasised.

Shining a spotlight on security, Mr Nixon was of the view that the NDC would require internal security to collaborate effectively with the police to ensure that both internal and external elections are safe and transparent.

“You cannot run a political party and say you don’t need a properly defined internal security working under instructions and within the laws of the country,” he said.

Citing disturbances that erupted within hotspots in the previous national elections, he explained that a well-structured internal security personnel partnering with the police would facilitate the process of crowd control while apprehending corrupt law enforcement agents.

Mr Nixon further stressed the need for the NDC to solicit support from partners whose ultimate goal would be to augment the plans, policies and activities of the party.

“We are social democrats, so we must identify ourselves and look for strategic partners who believe in our ideology and help build human capacity in the strengthening of structures of the party,” he said.

He added that for the NDC to win political power and, subsequently, redeem the nation from the current economic crisis, funding and support for the party would be an area of priority under his auspices.

“We are in serious crisis and as a political party. However, we are doing everything possible to make sure that we put men in place, put plans and programs together, and go out there and campaign for the good people of Ghana to buy into the vision of the NDC,” he added.