Chief, 2 others assassinated over land dispute 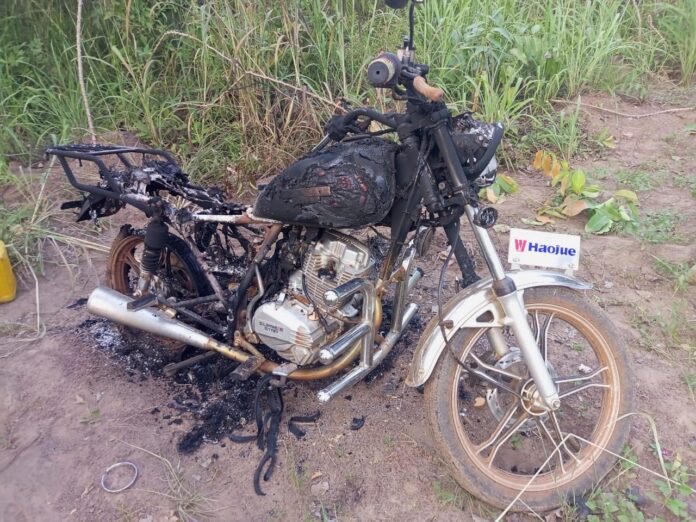 The Chief of Borea Ahenfie, a farming community in the Krachi Nchumuru District of the Oti Region and two others including his son, have been assassinated in renewed land dispute.

Residents suspect the murder could have been triggered by a protracted land dispute between Borea Ahenfie Chief and Bakando residents, all farming communities in the Krachi Nchumuru district of the Oti region.

The Chief of Borea Ahenfie, who also double as the Nifahene for Chonkey Traditional Area, Nana Kwame Mebo ll’s lifefless body was found in his farm when the joint military and police were sent to the community upon receiving news of the chief going missing.

At the time of going missing, the chief had organized a communal labour for some community members to harvest yam mouse since it’s in season.

However, there were reports of gunshots emanating from the bushes they were working on, hence the intervention of the police and military.

Upon searching, the lifeless bodies of the chief, his son and his linguist were discovered in separate locations.

Eyewitnesses told Adom News’ Odehyeba Owusu Job that the gang, who laid ambush and overpowered them, dragged the deceased persons before murdering them.

Following the assassination, the hoodlums stormed the community to destroy 16 houses and burnt other property belonging to the residents.

Meanwhile, the bodies of the deceased have been deposited at the Krachi Municipal Hospital morgue pending autopsy.

5 men jailed 15 years each for robbery, possession of firearms