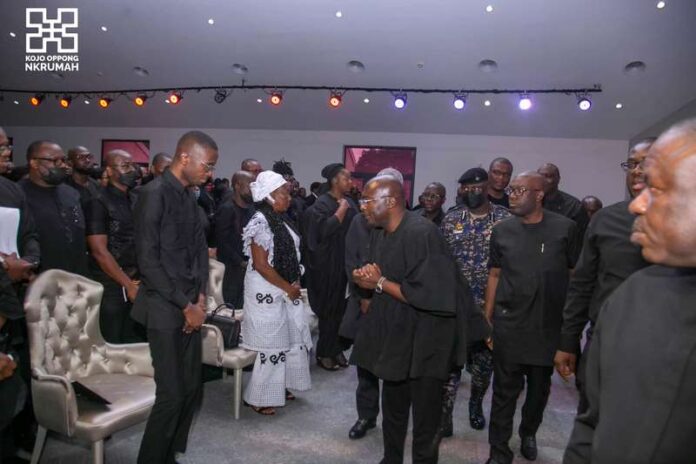 At a burial service held at the Cedar Mountain Chapel in Accra, mourners were seen clad in black in what the GNA reported as a “sober spectacle.”

Grief swept through the entire church auditorium as mourners filed past the mortal remains of the late Justine Avle.

There were various song ministrations during the service and several dirges as well.

National Communications Officer of the opposition National Democratic Congress, Sammy Gyamfi, was also spotted at the event as was Member of Parliament for North Tongu, Samuel Okudzeto Ablakwa together with other legislators and dignitaries.

Police officer sets himself ablaze at his home

EC proposes use of Ghana Card for 2022 voter registration