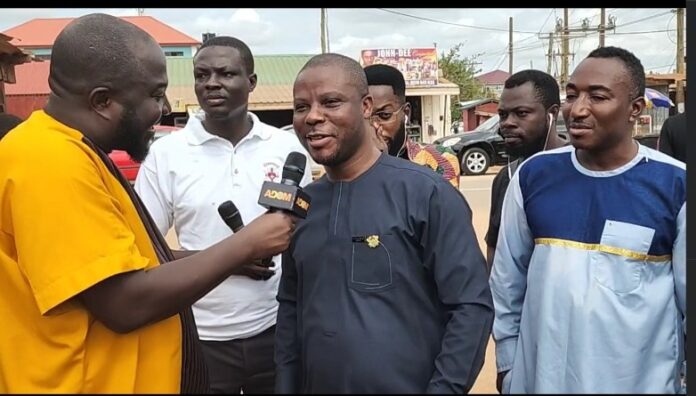 Residents of Bortianor and its environs in the Ngleshie-Amanfrom Constituency have lamented over the lack of public schools in the area.

According to them, there is no single public school in the entire community so they have resorted to private schools.

They, therefore, end up paying huge sums of money in their bid to provide education for their children while all attempts to get the relevant authorities to fix the problem have proven futile.

The residents expressed their frustrations on The People’s Forum, a segment on Adom FM’s morning show, Dwaso Nsem programme Thursday.

A resident, who only gave her name as Aunty Jane, said she pays over GHS1,000 for her Kindergarten two (KG2) ward and is convinced it would have been far less if there was a public school.

Other residents who shared similar sentiments also bemoaned the bad nature of their roads due to which commercial drivers have refused to travel to certain parts of the community.

Most of them threatened to boycott the 2024 election or vote against the New Patriotic Party if these challenges are not resolved with urgency.

Reacting to the concerns, the Ga South Municipal Chief Executive (MCE) under whose jurisdiction the community falls, Joseph Nyarni, blamed the situation on traditional authorities.

Mr Nyarni, who expressed their willingness to construct the schools, stated all attempts to acquire lands from the chiefs have proven futile.

“Since the beginning of my tenure, I have been able to see to the construction of 13 private schools but the problem with the public schools is due to the lack of lands. We have engaged the chiefs and even made them aware we are ready to pay for the land but all our efforts have yielded no results yet,” he said.

However, the Ngleshie-Amanfrom Member of Parliament, Sylvester Tetteh, who stated he shares in the plight of the people assured efforts were underway to change the narrative.

Mr Tetteh stated with the approval of the chiefs, he has inspected three land sites to check whether they will be good for the construction of schools.

“I can assure that by the end of my tenure, they will have full-fledged public schools,” he added.

Four feared dead, others injured in accident on Tamale-Bolga road