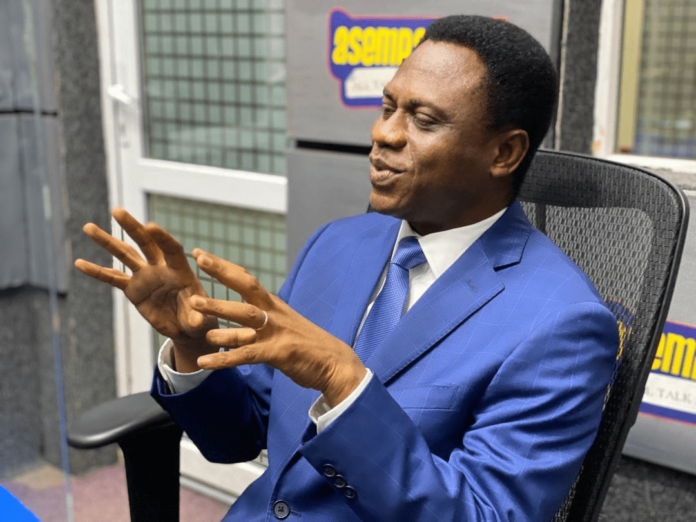 The Great Asanteman Gospel Crusade has been launched in Kumasig with a call on Ghanaians, especially Christians, to be wary of fake pastors, who deceive people for their selfish benefits.

The Chairman of the Church of Pentecost, Apostle Eric Nyamekye, who made the call said many pastors were losing the authority to call themselves men of God because of the display of characteristics that were against the dictates of the Scriptures.

“People are looking for Jesus in their pastors and they are not seeing it,” he stated while
Apostle Nyamekye, who is also the Vice Chairman of the Ghana Pentecostal and Charismatic Council, was delivering an exhortation at the launch of the Asanteman Gospel Crusade.

The Great Asanteman Gospel Crusade, being organised by Christ for All Nations (CfaN) in November this year, will have about 1,500 pastors in attendance.

The programme has been dubbed Asanteman Crusade because for the first time, the main crusade will be preceded by the arrival of 200 evangelists from across the world, including USA, India, the UK, Germany and La Cote d’Ivoire who will be sent out into villages and small towns in the Ashanti Region to carry out evangelistic work.

One effect of the lifestyle of some pastors, he observed, was that people in government no longer sought counsel from ministers of the gospel.

“This is because they don’t see us as qualified to advise them. Unless we do something about ourselves, the light of God will not shine through us,” he stated.

Apostle Nyamekye said the gospel of Jesus Christ, which was supposed to shine into the world had become ineffective because some pastors and prophets were, by their deeds, blocking the light.

He wondered for example, why a minister of the gospel who arrived at the church premises would not get down unless someone opened the door of his car, and why so-called pastors and prophets were multiplying money for their congregations instead of using the Bible to teach them either to improve themselves or be creative and pro-active at work.

Relating his message to the main objective of the forthcoming CfaN gospel crusade, the sixth Chairman of the 24,000 assemblies of the Church of Pentecost in 136 countries, said, “What we offer must not be anointing oil, good as it was originally intended to be used for.

“We must offer our lifestyle. The minister is holy in the pulpit and holy outside of it. People must see Christ in the streets through us, as pastors transformed into the image of Jesus”.

Apostle Nyamekye recalled the great evangelistic exploits of pioneer missionaries and revivalists saying, their life and work showed that “it is not great talents, great preachers, nor great learning that the Lord needs, but men great in holiness, great in faith, great in love, men great for God.

These are the ministers that can mould a generation for God.”

The CfaN Executive Director for Africa, Reverend John Kwasi Darku, disclosed that the CfaN ministry, founded by the late evangelist Bonnke, took the gospel of Jesus everywhere but concentrated much of its work in Africa.

He said for 45 years, CfaN mounted record-setting crusades reaching over 120 million people with the gospel and leading to the conversion of some 79 million people.

He said with the passing of Bonnke, God had prepared his successor, Evangelist Kolenda, for the work of the ministry.

“Like Elisha inheriting the mantle from Elijah, Kolenda has received a double portion of the anointing, and it is showing in the number of souls who are being saved in droves and the miraculous attestation,” Rev. Darku said

He disclosed that the Kumasi crusade itself would deploy 100,000 counsellors and 10,000 ushers.

I wanted to marry Tracey Boakye but … – A Plus reveals