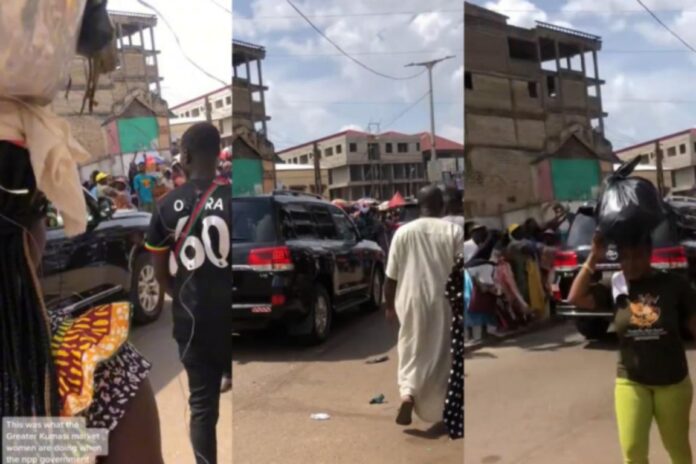 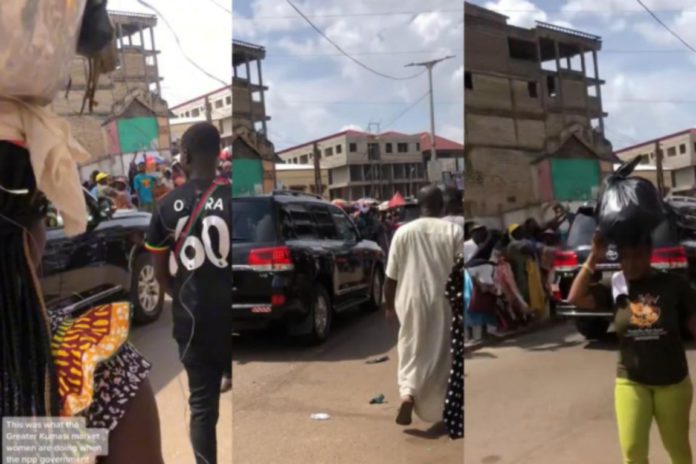 The hardship many Ghanaians are going through in the wake of economic downturn is getting more apparent than ever.

The citizens appear not to be shielding their anger to make their concerns known to the government as the administration promises better days ahead with the much-sought after International Monetary Fund bailout.

The inspection of the Kejetia/Central Market Project Phase II was on President Nana Akufo-Addo’s agenda on Monday, October 17 as part of his tour of the region.

On their way to the Kumasi Central Market, the convoy of the President was met by scores of traders at Adum who had earlier displayed their wares on sale.

But on seeing the vehicles transporting the president and government officials, the group, comprising market women, hawkers and artisans, did not hesitate to express their displeasure at the entourage by hooting at them.

About three weeks ago, a similar incident occurred, this time in the Ashanti regional capital of Kumasi.

Where are the NPP Propagandists??
I hear boos of shame, etc
Is this also instigated?

Who continues to advise this failed govt to maintain the sickening motorcade in this chaotic environment of inflation, high petrol prices, IMF, depreciating Cedi

They don’t care
BOOT THEM OUT! pic.twitter.com/qPtCK4wWvJ

Man eats from the same plate with a hen [Video]