Akufo-Addo has broken the hearts of Ghanaians  -Efia Odo 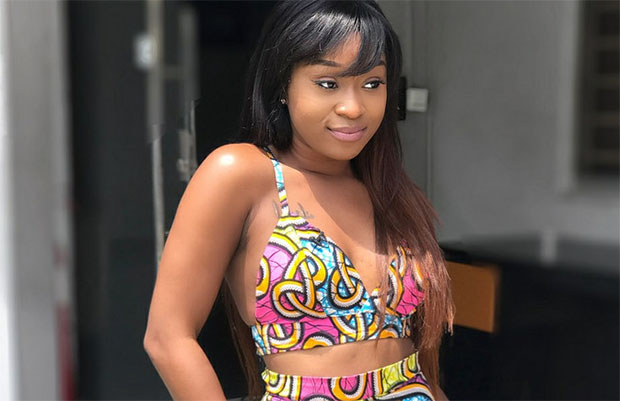 She is no stranger to heaping criticisms on the current government for the harsh economic conditions and actress/model Efia Odo says President Akufo Addo has broken the hearts of Ghanaians for not living up to expectation.

The outspoken socialite, who has repeatedly criticised the president said the economic situation in the country is escalating and the President should swiftly put in measures to save the situation.

It would be recalled that Efia Odo used very unpalatable words on the president some time back.

However, her constant denigrations were not taken lightly by New Patriotic Party (NPP) followers who descended on her in similar fashion.

Perhaps, overwhelmed by the insults, the controversial social media influencer announced a break from social media.

But it appears she couldn’t stay true to the reason for her absence and is already back with more “fire”.

She twitted today, October 19, “Addo D is singing last last for us. We all done chop breakfast. He has really broken the hearts of Ghanaians.”

Just like actors Prince David Osei and Yvonne Nelson, Efia Odo is one of the many entertainers who boldly express their frustrations about the country’s current state of affairs.

‘The PEC Project’ launched in Accra to cater for underprivileged children