Akufo-Addo commissions library in honour of his father 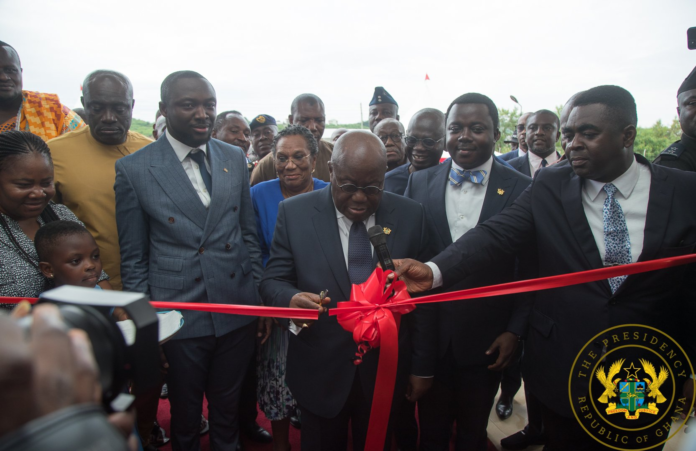 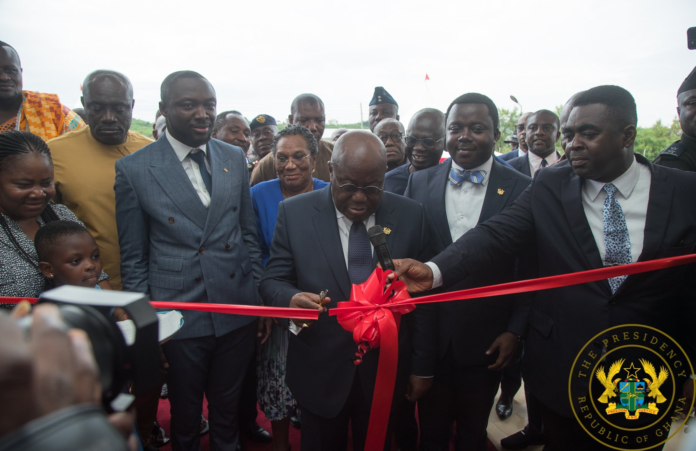 President Nana Addo Dankwa Akufo-Addo has appealed to all Ghanaians to support his administrations drive to expand access to libraries across the country.

This was during the commissioning of the 110th public library named after his father, Edward Akufo-Addo at Adentan Frafraha in the Greater Accra Region.

He noted that availability of libraries everywhere in the country, is an essential perquisite to meet the United Nations (UN) Sustainable Development Goal four (SDG 4).

The ultra mordern two storey library is said to be the 49th under President Akufo-Addo.

Recounting some of his contributions to the country, President Akufo-Addo said that his late father was the first Chairman of the Ghana Library Authority established 70 years ago and that he sought to improve education in the country.

Naming of library after his father

He explained that neither him nor his family played any role in the decision to name the facility after his father.

“I thank the chairperson, members of the governing board and management of the Ghana Authority for recognizing the contribution of my late father, the President of the second republic and the third Ghanaian Chief Justice of our history to the development of public services library in Ghana and for naming this library after him,” President Akufo-Addo said.

“Before I am predictably accused by my political opponents of seeking the unwarranted glorification of my father, it must be put on record that this decision was taken solely by the governing board without any input or knowledge by me and the decision was taken because my father was the first Ghanaian to Chair the board of the Ghana Library Authority, an institution that had been in existence in colonial times since 1950.

“My siblings, Marigold, Edward and I, thank the Ghana Library Authority once again, for the honour done to the memory of our late father, Edward Akufo-Addo,” he added.

He urged all Ghanaians to support the expansion of library facilities for the benefit of all.

He stated, “it is unfortunate that after 71 years of the existence of the public library service in Ghana, most Ghanaians still do not have access to this important community anchor institution (libraries) who role in the growth and development of our society is extremely positive.”

According to him, over the last five years his government has redefined the mandate of the Ghana Library Authority and charged it to be responsive to the growing needs Ghanaians.

“I want to encourage all Ghanaians to support the expansion of library services for the benefit of all. We cannot achieve the sustainable development goal for which require that we promote quality education for all by relegating the development of libraries to the background”.

President Akufo-Addo also commended some individuals including the First Lady, Rebecca Akufo-Addo, through the Rebecca Foundation have in recent times made contributions to the expansion of libraries in the country.