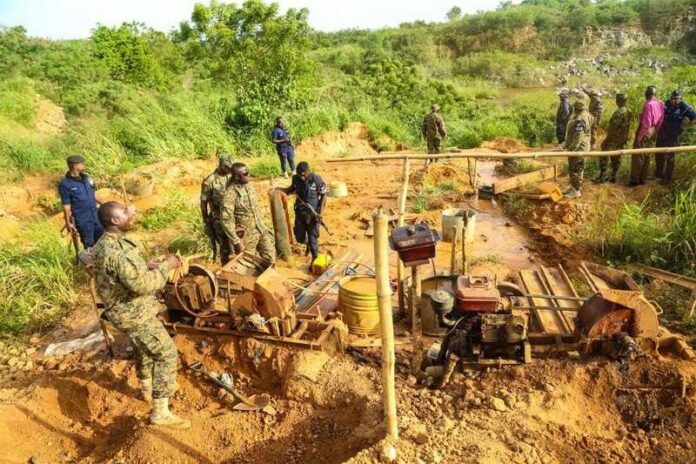 The Minerals Commission of Ghana has reiterated that Akonta Mining Limited has no mining lease, mineral right, and/or permit to undertake any mining operation in the Tano Nimri Forest Reserve or any other reserve.

According to the Commission, the mineral leases granted to Akonta Mining Limited fall outside the Tano Nimri Reserve, and thus documents purporting to indicate otherwise should be treated with the contempt they deserve.

The Commission, however, revealed that Akonta Mining Ltd indeed has a pending application dated August 25, 2022, for a Mining Lease over an area within the Tano Nimri Forest Reserve.

“That application has not been determined by the Minister, who is mandated by law, to grant or refuse such applications.”

Meanwhile, the Commission says steps are currently being undertaken to enforce the Minister’s directive for the immediate withdrawal of Akonta Mining Ltd from the Tano Nimri Reserve.

Driver’s intestines gushes out after being stabbed during fight