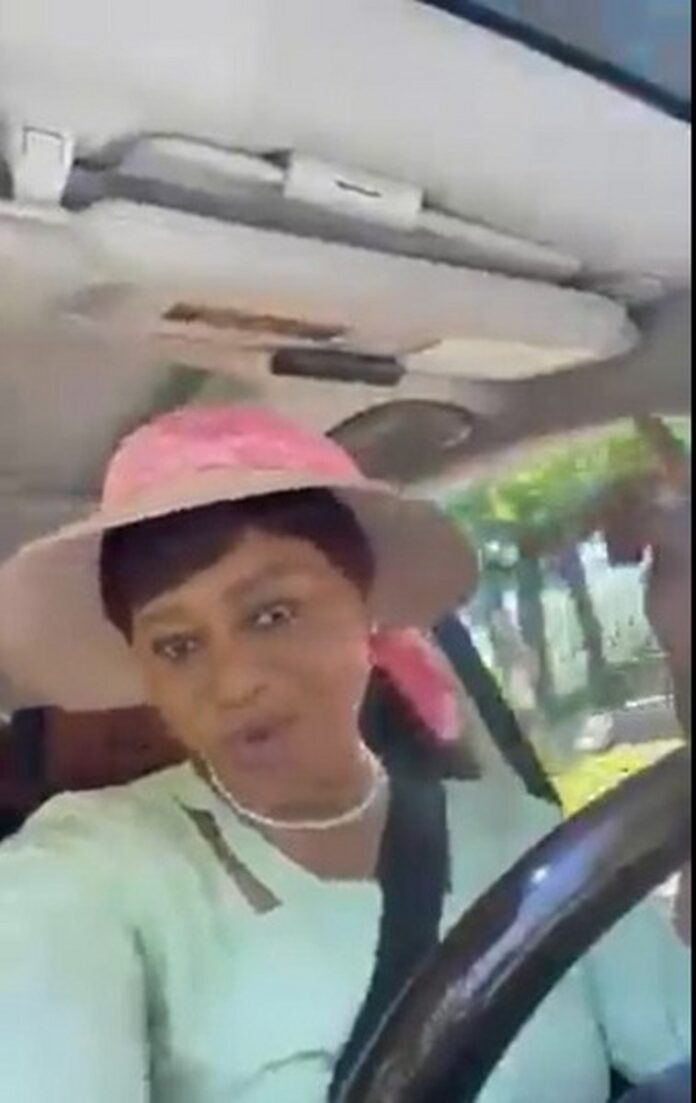 Embattled Dome-Kwabenya Member of Parliament (MP), Adwoa Safo, has once again delighted fans and followers with her social media activity.

Miss Safo, who is currently in the US, has been spotted cruising in town.

The video showed the MP all glammed up as she steps out for her son, Kelvin’s graduation.

Clad in a dress with a hat to match, she basked with euphoria as she jams to Daddy Lumba’s Nea Nyame tumi y3 song.

She took to her social media to post adorable moments from the graduation ceremony to tell the world how proud she was as a mum.

Miss Safo has come under criticism after her leave of absence as Gender Minister was extended from August 31, 2021, with no end date by the presidency.

Speaker Alban Bagbin has referred her absenteeism from parliamentary duties to the Privileges Committee but all attempts to reach her, the committee says, have proven futile.

The committee on Tuesday announced the publication of her summons of notice in the national dailies after she failed to honour a scheduled invitation.

Missing student, 19, found naked as is man arrested for ‘kidnap and rape’