Newsday Ghana
HomeEntertainmentAdomaa: My new single is about my music journey
Entertainment

Adomaa: My new single is about my music journey 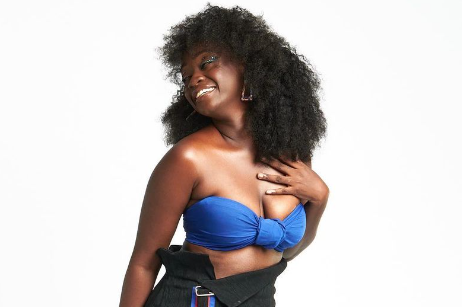 Afro-Jazz sensation Adomaa is ready with a new banger, Circus which will hit the airwaves and other streaming platforms tomorrow.

The song is the second single on her much-anticipated EP “Becoming Adomaa” to be released on November 16.

The songstress released a teaser with visuals of the song on her Twitter page with the caption, “Welcome to the Circus. Will it be fun and exhilarating? Or will it be a nightmare waiting to happen” and it is already giving music enthusiasts all the bang vibes.

The song describes how she entered the music industry without a professional guide but has persevered to get commendable traction over the years.

In an interview with Graphic Showbiz, she mentioned that the new single is a story about her challenges in the music industry.

“My new single is a story of my music journey where I was virtually going to everywhere anybody was telling me to go. It shares a peek into that stage where I was in complete chaos because I barely knew a thing about the space I had ventured into but I’m happy to find my bearing now,” she said.

Adomaa is well known for rendition of songs such as Stonebwoy’s Baafira, Castro’s Adonai and her hit song, Higher which featured the late Ebony and Feli Nuna.

Early this year, Adomaa released “You used to love me,” to announce her return to music after taking a short break  to go into acting

Man, 22, stabbed to death with scissors

Thomas Partey ruled out of Arsenal’s clash with Leeds United