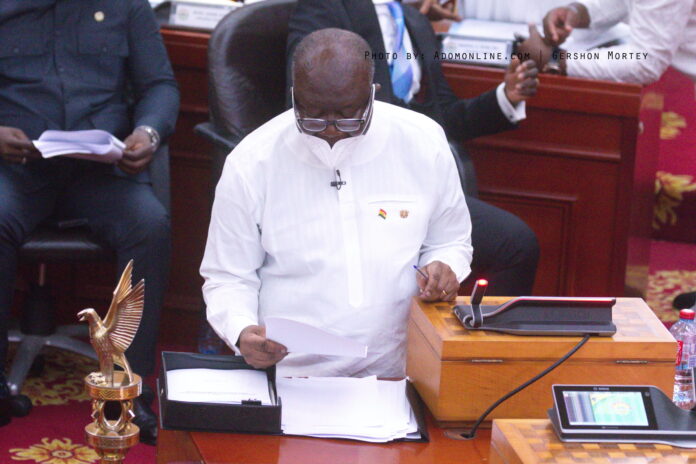 The 8- member Ad-hoc Committee has commenced the public hearing into the Minority in Parliament’s motion of censure, against the Finance Minister, Ken Ofori-Atta.

The Speaker of Parliament, Alban Bagbin on Thursday, November 10, constituted the committee to probe allegations brought before the House by the Minority caucus.

Mr Bagbin indicated the Finance Minister will be given ample opportunity to defend himself against the allegations levelled against him.

The committee has seven days to submit its report to the House.

Other members of the committee include; Zanetor Agyeman-Rawlings, and Bernard Ahiafor on the Minority side with Patrick Yaw Boamah, Kwame Anyimadu-Antwi and Andrew Agyapa Mercer from the Majority side.

The NDC MPs amidst their calls for Mr Ofori-Atta’s dismissal made seven allegations against him.

They accused him of conflict of interest, unconstitutional withdrawals from the Consolidated Fund, illegal payment of oil revenues into offshore accounts deliberate and dishonest misreporting of economic data to Parliament.

Others included; fiscal recklessness, alarming incompetence and gross mismanagement of the Ghanaian economy.

Below is the live streaming of the proceedings: