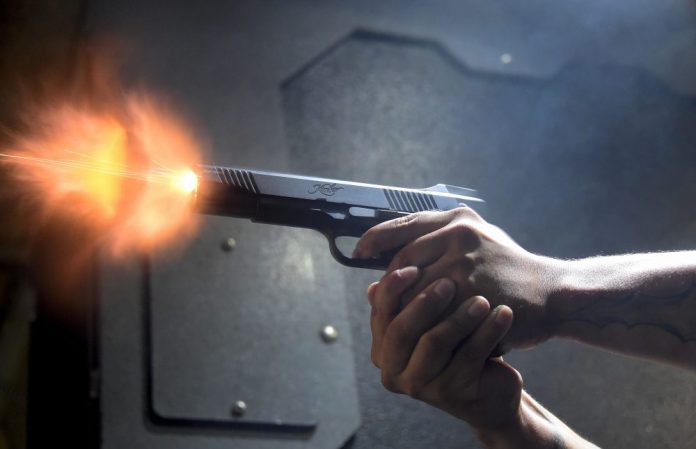 Tension is rising at Akropong in the Akuapem North Municipality in the Eastern Region over an alleged breach of ban on noise making.

The traditional leaders announced six weeks ban ahead of the Odwira festival celebration on the 12th to 18th September.

However, a one-week funeral observation of the family head of the Queen mother for the Okuapem Traditional Area was held amidst drumming.

The event was disrupted by the Baamuhene of Akropong, Nana Afari Bampoe, who marched his traditional warriors to the venue.

This led to a violent confrontation and one of the celebrants was shot in the leg before the police arrived at the scene to ensure calm.

The victim was rushed to the Tetteh Quarshie Hospital before being referred to the 37 Military Hospital.

Meanwhile, there is still tension in the traditional area after some groups of men besieged the premises of the Baamuhene for attempted revenge but the Police were in control of the situation.