Your response to Wa killings ‘knee-jerk – Wa Naa to Police 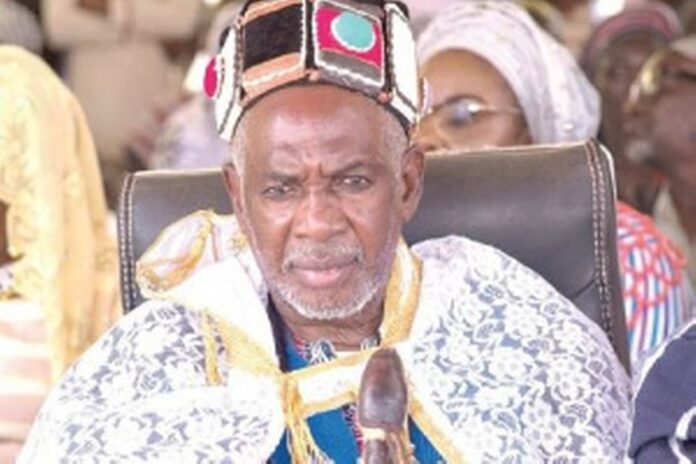 The Overlord of Wa Municipality, Naa Fuseini Seidu Pelpuo IV, has expressed his displeasure with the Police response to the recent killings recorded in the Wa Municipality.

On Friday morning, Wa residents woke up to the news of another missing private security guard, bringing the number to seven in the last five months.

The Wa Naa in a meeting at his palace with the Inspector General of Police on Monday described the police response to the recent killings recorded in the Region as a “knee-jerk” response.

According to Wa Naa, the police could have responded swiftly and earlier to prevent the sudden disappearance and abduction from increasing.

“We appreciate the actions from Headquarters to help stem the tides of what are now obvious spiritual killings in the Wa municipality.

“When you realised that the killings were getting one too many, you sent a team of investigators to support the Criminal Investigations Department within the Police Service in the Region.

“When again the Police Service in the region got overwhelmed by the increasing spate of killings you sent more men to beef up the number of your men on the ground.

“Admittedly, however, upon hindsight, one can describe the actions not only as knee-jerk reactions but also as too little, too late,” the Wa Naa said.

The Overlord, however, expressed gratitude to the police for their actions taken so far to calm the fear in the Region.

Residents in the Municipality have been alarmed by the incessant disappearance of private security men in the Region.

Following the increase in the number of killings, three hundred and five Policemen were deployed to Wa on Saturday to beef up security in the municipality.

Meanwhile, Police have arrested one person believed to be the prime suspect behind the Wa murder case.

Suspect Kankani Adongo was arrested on September 19 at Bamahu, a suburb of Wa after extensive collaboration between Police and the community search parties.

The suspect is in custody and will be arraigned before the court to face justice.

The Wa-Naa has demanded that the suspect be subjected to a thorough investigative process and dealt with according to the law if found guilty.

The body of the 58-year-old security man was found in a shallow grave on the outskirts of Wa on Sunday, September 18.

“We got to a point and identified some items we suspected to be human parts. We moved on to an uncompleted building, and we also found some strange materials there too,” a member of the local search team said.