Women are capable of managing the country -Asantehene 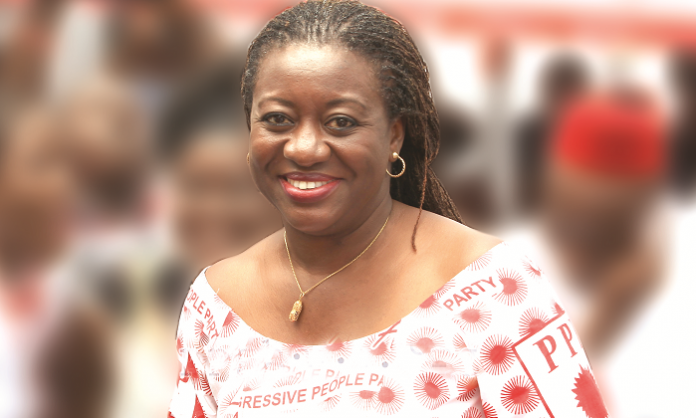 The Asantehene, Otumfuo Osei Tutu II, has said women are capable of managing the country if they are given the opportunity.

He has, therefore, urged the people to have faith in women candidates.

This was contained in a statement issued by the Communications Director of the Progressive People’s Party (PPP), Mr Felix Mantey, in Accra yesterday.

That was after the presidential candidate of the PPP, Ms Brigitte Dzogbenuku, and her running mate, Mr Kofi Asamoah-Siaw, had paid a courtesy call on the Asantehene at the Manhyia Palace in Kumasi.

According to the statement, the Otumfuo commended the leadership of the PPP for choosing Ms Dzogbenuku as its flag bearer.

He described Ms Dzogbenuku as a woman of courage and fortitude who must commit herself to upholding the values and principles of humanity.
He said her decision to run for office was not only a motivation for all women and the nation but also a recognition of the role women could play in the country’s democratic process.

The Asantehene, however, expressed concern about the low representation of women in Parliament and in government.
He urged women to participate actively in politics by accepting leadership roles, as demonstrated by Ms Dzogbenuku, because they were capable.

In response, the flag bearer said the PPP had introduced a new leadership style based on values, respect, inclusiveness and compassion.
She said her focus was to campaign on issues that would propel the country onto the path of growth and ensure the wellbeing of the people.
Ms Dzogbenuku said women had the capacity and capability to make things happen and, therefore, urged the people to vote for her in the December polls.