Will you admit Fomena MP in Parliament today? Kyei-Mensah-Bonsu says ‘no comment’ 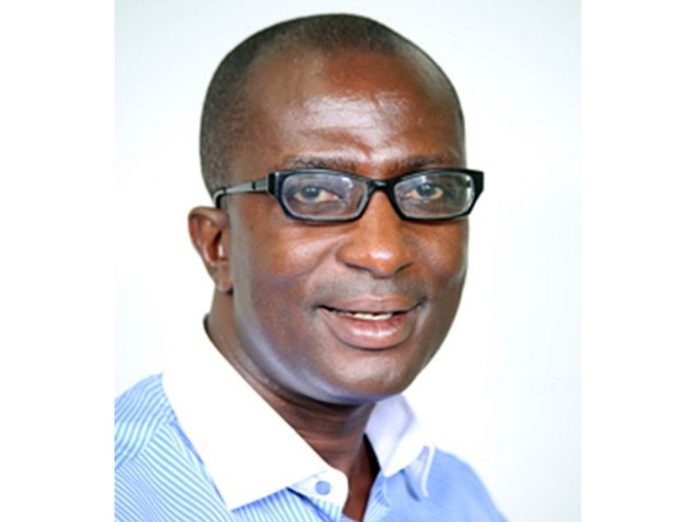 The Majority Leader and Minister of Parliamentary Affairs, Mr Osei Kyei-Mensah-Bonsu has decided to abstain from commenting on whether or not Mr Andrew Amoako Asiamah, would be entertained in Parliament for him to continue his work as the Member of Parliament for Fomena as the House reconvenes Monday, December 14, 2020.

Mr Kyei-Mensah-Bonsu’s explanation is that, “it was a directive given by the Speaker [of Parliament].” to expel Mr Amoako Asiamah from the House.

In addition to that, he says the Minority side, and specifically the Minority Leader, Mr Haruna Iddrisu on the day the Speaker gave the directive said he disagreed with the Speaker.

Mr Kyei-Mensah-Bonsu said he will not talk about it further because there are processes to be followed.

He was speaking in a radio interview on Accra based Oman FM Monday morning (December 14, 2020) monitored by Graphic Online.

Ironically, depending on the outcome of last week’s Parliamentary elections, the current Majority side in Parliament and the leadership of the New Patriotic Party (NPP) are currently engaging and trying to convince Mr Andrew Amoako Asiamah to sit with the NPP side in the next Parliament so as to enable the party gain majority.

Before Parliament took a break for the December 7, 2020 general election, the Speaker of Parliament, Prof Aaron Mike Oquaye directed that the seat of the Fomena MP, Andrew Amoako Asiamah should be declared vacant.

This was because the NPP had written to the Speaker that, Mr Asiamah was no longer a member of the party following his decision to re-contest the Fomena seat as an independent candidate.

“With all intents and purposes, he [Asiamah] is no longer a member of the party [NPP]. He has pronounced himself publicly as an independent and has filed his papers to compete against the party [NPP] in his official candidate as an independent on 7th December 2020,” the Speaker said on the day he issued the directive for the seat to be declared vacant.

Related: NPP writes to Parliament on why Fomena MP is no longer a party member

The Speaker’s directive followed a letter the leadership of the NPP sent to Parliament informing the House that it had expelled Andrew Amoako Asiamah, the incumbent MP from the party after he decided to run as an independent candidate in the December 7, 2020 Fomena constituency parliamentary election.

Mr Asiamah following some disagreements with his NPP constituency executives in Fomena did not re-contest the party’s primary to select a candidate for the 2020 election.

He however decided to contest the seat in the main election as an independent candidate.

The decision moved the leadership of the NPP to Fomena including President Nana Addo Dankwa Akufo-Addo to appeal to him to rescind his decision so that the NPP’s selected candidate, Philip Ofori-Asante could have had an upper hand in the December 7 election.

President Akufo-Addo went to the extent of impressing on the chiefs in the area to prevail on Asiamah to rescind his decision, since if he was to win, he [Akufo-Addo] could not work with him as an independent candidate but would rather work with NPP MPs.

Asiamah did not heed the advise to step down and went ahead to contest and won the Fomena seat in the December 7 election.

He would therefore be returning to the next Parliament, which would be 8th since January 7, 1993.

He polled 12,805 votes, defeating the NPP candidate Mr Philip Ofori-Asante who got 10,798 votes and the NDC candidate Christina Ama Ranson B. who had 2,608 votes. Another candidate Eric Appiagyei had 158 votes.

Ironically, Mr Asiamah currently holds a trump card to help the NPP win majority in Parliament since the seats are almost evenly distributed between the NPP and the NDC per the results declared by the Electoral Commission (EC) as of now.

He will decide whether to sit with the Majority or Minority side when the new Parliamentarians are sworn into office on January 7, 2020.

Already the NPP has initiated moves aimed at convincing Mr Asiamah to sit with them in Parliament to enable the party gain at least 2 seats majority if the Sene West seat is declared for them or a one seat majority if it should be declared for the NDC.

Mr Asiamah has since not commented publicly on the development on which side he would sit.

But the General Secretary of the NPP, Mr John Boadu has already sent signals that, it would not be a bad idea for the NPP to reconsider its relationship with Asiamah.

The Majority Leader, Mr Kyei-Mensah-Bonsu who himself is the MP for Suame in Kumasi is thinking on similar lines.

Parliament is sitting Monday morning, December 14 in accordance with Order 6 of the Standing Orders of Parliament.

Per the directive of the Speaker, Mr Amoako Asiamah is no longer an MP in this current Parliament and should not attend the Parliamentary meeting today.

He is to be entertained again beginning January 7, 2021 in the next Parliament as an independent MP.

In the Oman FM radio interview Monday morning (December 14, 2020) monitored by Graphic Online, when, Mr Kyei-Mensah-Bonsu was asked whether Mr Asiamah would be admitted to Parliament on Monday after the Speaker had earlier directed that his seat should be declared vacant, Mr Kyei-Mensah-Bonsu opted not to comment.

His explanation was that, “it was a directive given by the Speaker.”

He said when the matter comes up, the discussions will determine which way to go.

In the meantime, he said he was aware there were a number of people engaged in convincing Mr Asiamah on which side he should sit in the next Parliament.

He added that, he was aware the NDC members were also talking to him, trying to convince him to sit with them.

Read also: 111 MPs out of next Parliament

MPs who will not return to Parliament

A total of 111 members of the seventh Parliament will not be part of the eighth Parliament after last Monday’s general election.

Out of the 275 seats in the seventh Parliament, the New Patriotic Party (NPP) had 169, while the National Democratic Congress (NDC) had 106.

But the parliamentary election last Monday, saw 33 incumbent NPP Members of Parliament (MPs) lose their seats, while 41 had lost their constituency primaries earlier in the year, with four voluntarily retiring.

For the NPP, 78 members will not make it to the eighth Parliament while for the NDC, 18 MPs lost their re-election bid in Monday’s election, eight had lost their primaries in 2017, with seven voluntarily retiring.

This means that 33 NDC MPs will not return to the house.