We know the traditions, customs but current situation delayed us – Rawlings’ family to Anlo Chiefs 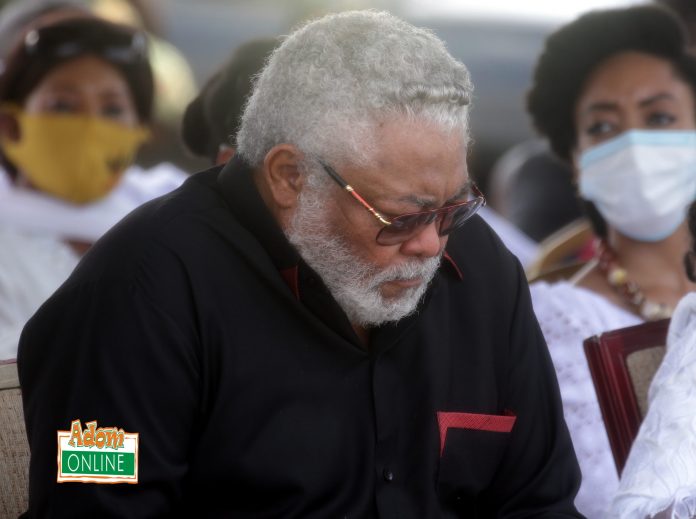 The family of former President Jerry John Rawlings is appealing to the Anlo Chiefs to pardon the delay in informing them of the passing of the former head of state.

The death of Mr. Rawlings, who is a chief and hails from Dzelukope in Anloland, on November 12, 2020, first broke on social media, carried by traditional media, and was subsequently announced by the President of the Republic, Nana Akufo-Addo same day.

The bereaved family in a visit to officially inform the Anlo Traditional Council of the death of the statesman asked for forgiveness from the Council for the lapses in communicating the news of his demise per the Anlo customs.

According to him, the family has no intention of disrespecting the customs and traditions of the people.

“About three weeks ago, the nation supported us to send Mr. Rawlings’ mother, Madam Victoria Agbotui to her ancestors. Later, we were planning to thank the Anlo State first and then the entire nation for their roles. But today, we’re here with a heavy heart.

“We know the customs and traditions of our people but it’s the times and seasons we’re in.

“It’s unfortunate you had to learn of the passing of your son, Jerry John Rawlings the way you did. We failed to communicate the falling of the big tree to Torgbuiwo and Mamawo early because even before we could organise ourselves to do anything, the news was already out.

“We’re now here, as customs demand, to respectfully inform you that the former President Rawlings is no more and also to invite you in deliberations towards his final funeral rites,” he said.

He assured that the Council would be in touch with other interest groups including the family, the state, and the National Democratic Congress (NDC) which he founded in order to give a befitting burial to the son of the land and chief, Torgbui Nutifafafiaga I.