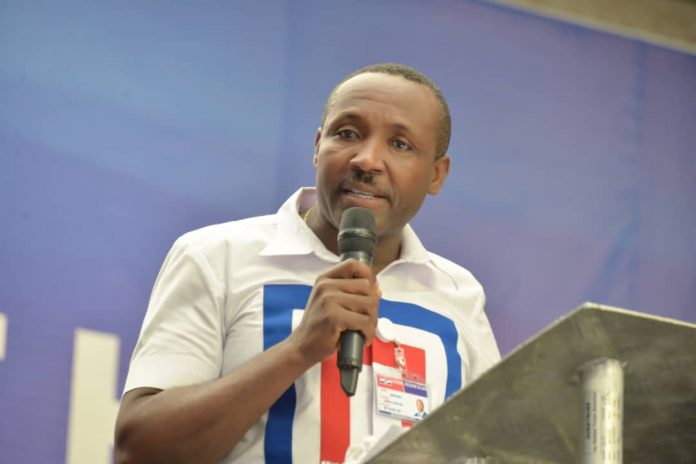 The New Patriotic Party (NPP) says it has won 137 Parliamentary seats against 132 by the National Democratic Congress (NDC) out of the total 270 seats declared as of now.

One seat in Fomena, in the Ashanti Region, has been won by an independent candidate, Andrew Amoako Asiamah,a former member of the NPP.

The remaining five seats, according to the NPP, have results which are still in dispute and they are, Upper Denkyira West, Kpandai, Sefwi Wiawso, Seni West and Savelugu.

The General Secretary of the NPP, Mr John Boadu at a press conference Tuesday afternoon said, the party was “restraining” itself from declaring the results of the presidential election whilst it waits for the Electoral Commission to do so.

However, Mr Boadu said from the results they have collated as of Tuesday afternoon, President Akufo-Addo was in the lead.

“But although we are in majority which is not very big, our presidential candidate because of the good work he has done, has been able to gather more voters than most of our Parliamentary candidates.

“Once again…, we are making the point that, whereas we do not wish to declare that we have won the presidential race, we can confidently say that Nana Addo Dankwa Akufo-Addo has secured a clear incontestable margin ahead of his closest challenger, John Mahama.

Mr Boadu’s announcement at the press conference followed a claim by the NDC that it had won 140 seats, something he questioned by saying that if it was true, how come it was only 37 constituencies that the NDC has been able to collate.

Mr Boadu urged the NDC to falsely stop claiming Parliamentary majority which he said they [NDC] do not have.

Watch a video of the press briefing below

Why you should own a post office box [Read]

Coronavirus: Doctor accused of killing patients to ‘free up beds’