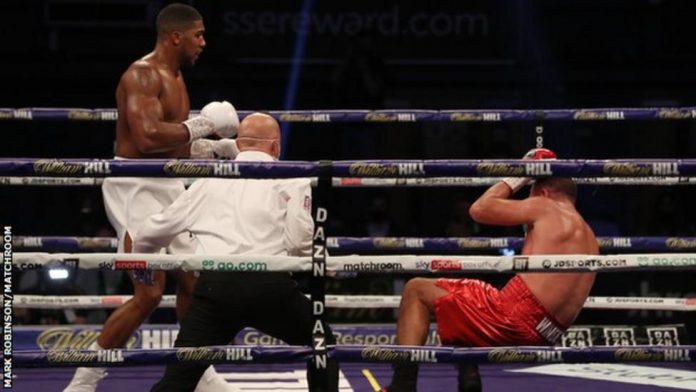 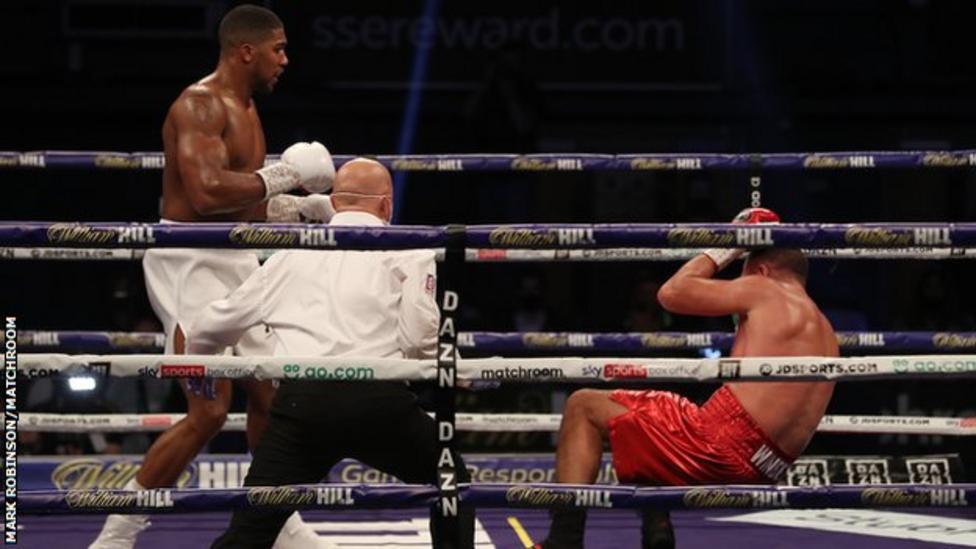 Unified world heavyweight champion Anthony Joshua mixed power and patience as he knocked out Kubrat Pulev to raise hopes that a historic fight against Tyson Fury could soon be a reality.

The Briton smashed home a hard right hand in round three that forced his mandatory challenger to face a count and then sent him to the canvas with an uppercut seconds later.

Joshua, perhaps fatigued by the chaos, stepped off the gas and allowed Pulev to at least offer some mild threat, but a barrage of uppercuts in the ninth dropped the Bulgarian and a straight right hand wiped him out.

Moments after this fine blend of poise and heavy punching, the 1,000 fans granted access to Wembley Arena roared at the prospect of the IBF, WBA and WBO champion facing WBC title-holder Fury next.

“Whoever has the belts I want to compete with. If that is Tyson Fury, let it be Tyson Fury,” said Joshua, 31.

Watch highlights of the fight below;

Checkout how much Ghana spends on unused electricity