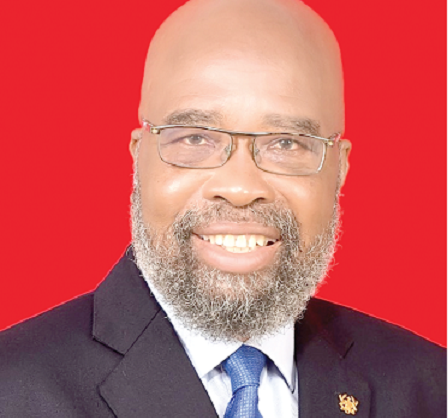 The leader of the Great Consolidated  Popular Party (GCPP), Dr Henry Herbert Lartey, has made a passionate appeal to Ghanaians to close their ranks, rally around the families of the Rawlings’s and government  and offer late President John Jerry Rawlings a befitting State burial.

Describing the late president as a beacon of democracy in modern Ghana, he said had Rawlings got  dedicated, trustworthy and honest support during his reign, he would have been able to transform Ghana to become one of the best growing economic giants in Africa

“As a Head of State, he did a lot, including cleaning gutters and carrying dried cocoa beans from villages, imbibed the spirit of communal labour among the citizenry as well as helping to build railway tracks as well as  extending electric power to the hinterlands to make life more meaningful to the ordinary Ghanaian.

“ He meant well for the state but he did not get the support he needed. He was a good man but the people around him were not as good as he was, and that led to his downfall,” Dr Lartey bemoaned.

Explaining further, he noted that “ his love for Ghana made it possible for many roads to be constructed in villages  and towns.

“Now that he is dead, we need to appreciate him for his charisma and good intentions . This is because he wanted to  take Ghana to another level, hence the need for all to put the past behind us and offer him a befitting State burial and honour he deserves” .

Adding, he noted “Lets give him a befitting burial because he was one of the greatest Heads of State Ghana has ever had. It was his policies and programmes that entrenched  Ghana into its present democratic dispensations, for which we have become a beacon of democracy in Africa and beyond “.

In another development, Mr Lartey has commended his party faithful for all the support they offered him and the party during the 2020 Presidential and Parliamentary elections.

“We did not get the desired results because I was very quiet and not visible on the media landscape for three years until now,” he explained

He said  in spite of his exceptional campaigns, “we couldn’t get the mass of the people as required “  and  gave an assurance that come 2024, he would hit the ground running to enable the GCPP to become so much endeared to the electorate to get him into the Presidential seat,

“I look forward to 2024 so all supporters should get ready now because we will launch our campaign soon.”

“I have already called President Nana Addo Dankwa Akufo-Addo and congratulated him on winning the 2020 elections, but in 2024, the candidates for the presidential election will be congratulating me because I will win the election hands down for me to translate all my visions into reality”

Drone battle to be employed by Ukraine