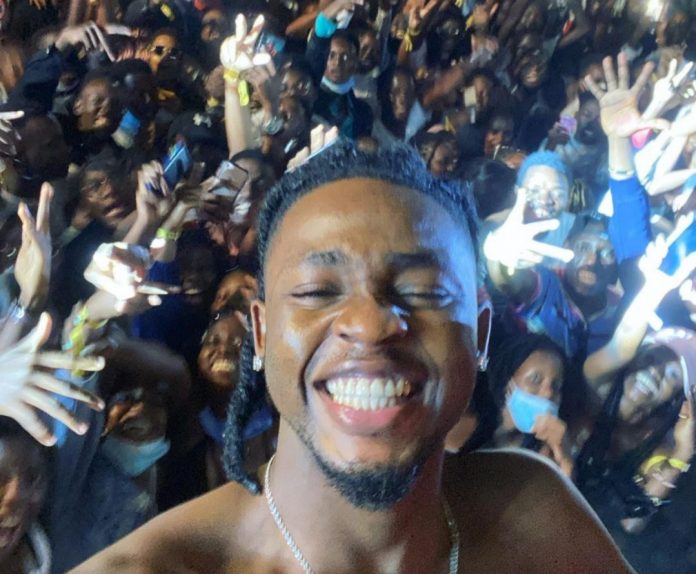 They also say they have arrested a second Nigerian musician, Temilade Openiyi, better known as Tems, together with the event organizer and owner of the premises.

Three police were among the nine people arrested.

All are accused of “doing acts that are likely to cause the spread of coronavirus”, Ugandan police said on Facebook.

Omah Lay has confirmed his arrest in a tweet:

Police said the organizers of the concert first held lunch and dinner events, but later at night started inviting musicians to perform.

The organizers are accused of conniving with area police officers to guard the event.

One of the arrested Nigerian musicians, Tems, tweeted a clip of Saturday’s concert:

In a latest development, Nigerians have started #freeOmah Lay, after the singer updated he has been denied fair hearing.

He also stated the Ministry of Foreign Affairs, Nigeria has been prevented from intervening in their arrest.