Thomas Partey ruled out of Arsenal’s clash with Leeds United 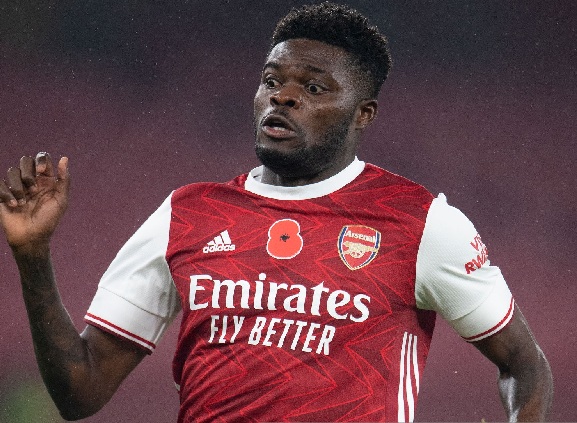 Thomas Partey has been ruled out of Arsenal’s clash against Leeds this weekend due to a thigh injury.

The 27-year-old midfielder, who joined from Atletico Madrid on deadline day, was hauled off in the defeat by Aston Villa before the international break due to the strain.

Partey has undergone rehabilitation at the club’s training base, but the £45million star will not be ready in time to make the trip to Elland Road.

Mikel Arteta had hoped that Partey would have been able to return, but Arsenal confirmed on their website that the enforcer, who has impressed since his arrival, will be forced to sit out again.

It is unclear when Partey is expected to return – and the player will continue to be monitored by the club’s medical team.

Sead Kolasinac and Mohamed Elneny will also be absent after testing positive for coronavirus recently.

Both players are understood to be asymptomatic and contracted the virus while on duty with their nations.

Full back Kolasinac’s positive result was revealed on Wednesday by the Bosnian FA, with Elneny sidelined and forced to quarantine two days prior.

The Egyptian midfielder tested positive for a second time on Thursday alongside Liverpool talisman Mohamed Salah.

The duo will return to the UK shortly, where they will be tested once again and expected to complete a mandatory 10-day isolation period.

Kolasinac and Elneny are also likely to miss the Europa League clash against Molde next week.

Alpha Lotto Is Not Among Our Legal Digital Lottery Operator – NLA