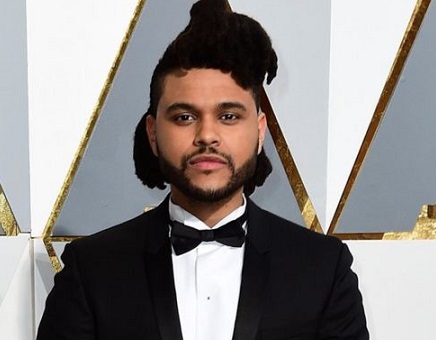 The Weeknd has accused the Grammys of being corrupt, after failing to receive any nominations for the 2021 awards.

The Canadian star had been expected to perform strongly, thanks to his number one album After Hours and the hit single Blinding Lights.

“The Grammys remain corrupt,” he wrote on Twitter. “You owe me, my fans and the industry transparency.”

The Grammys said they “empathised” with his disappointment but that some “deserving” acts missed out every year.

After Hours is the biggest-selling album of the year so far in the US, while Blinding Lights is the longest-running top 10 hit in US chart history.

The Weeknd, whose real name is Abel Tesfaye, recently won major prizes at the MTV VMAs and the American Music Awards, and will perform at the Super Bowl half-time show next February.

Several US media reports suggested he was locked out of the Grammys after weeks of discussions over a possible appearance at next January’s ceremony.

“There was an ultimatum given, resulting in a struggle over him also playing the Super Bowl, that went on for some time,” an unnamed source told Rolling Stone magazine. “[It] was eventually agreed upon that he would perform at both events.”

The head of the Recording Academy, which organises the awards, dismissed any suggestion that the star’s award nominations had been cancelled as a result of these negotiations.

“We understand that The Weeknd is disappointed at not being nominated. I was surprised and can empathise with what he’s feeling,” said Harvey Mason Jr.

“Unfortunately, every year, there are fewer nominations than the number of deserving artists. To be clear, voting in all categories ended well before The Weeknd’s performance at the Super Bowl was announced, so in no way could it have affected the nomination process.”

Several artists sided with The Weeknd, including Sir Elton John, who wrote on Instagram: “In my humble opinion, Blinding Lights [is] song of the year.”

The musician, whose 1970 classic Your Song is sampled on After Hours, tagged his post #GrammySnub.

“Abel was robbed,” agreed rapper Kid Cudi, while R&B singer Tinashe simply responded to the nominations with a series of dustbin emojis.

Beyoncé led the nominations at this year’s Grammys – with nine in total. Dua Lipa, Taylor Swift and Roddy Ricch were close behind, with six each.

But The Weeknd wasn’t the only artist to complain about the longlist.

Justin Bieber, whose album Changes picked up three nominations in the pop field, complained that he had been miscategorised. 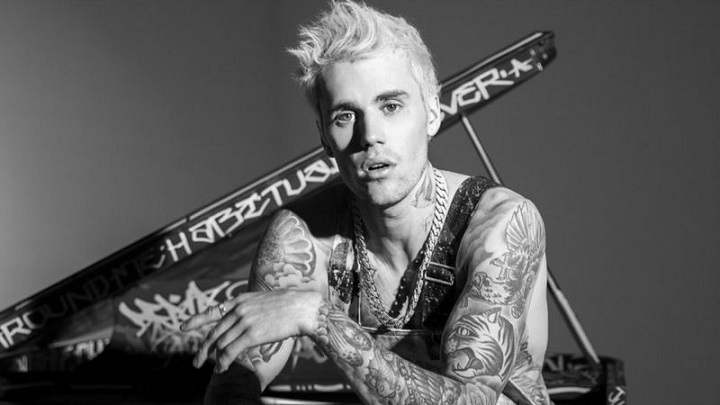 “Changes was and is an R&B album,” he wrote in a lengthy Instagram post. “It is not being acknowledged as an R&B album, which is very strange to me.

“I grew up admiring R&B music and wished to make a project that would embody that sound. For this not to be put into that category feels weird, considering from the chords to the melodies to the vocal style, all the way down to the hip-hop drums that were chosen, it is undeniably, unmistakably an R&B album!”

Grammy nominations are selected by experts in their respective genres – including singers, songwriters, producers and record label staff.

A screening committee considers thousands of applications to produce a shortlist, which is whittled down further by a nominations board.

This can result in some artists falling through the cracks. It is possible that The Weeknd’s album was considered a pop record by the R&B committee and vice versa, locking him out of both categories.

Although the musician was the highest-profile snub at this year’s awards, plenty of other artists walked away empty-handed, including this year’s Grammy host Alicia Keys, R&B musicians Summer Walker and Kehlani, and pop star Selena Gomez – whose ballad Lose You To Love Me was considered a likely contender for the song of the year category.

Earlier this year, former Recording Academy president Deborah Dugan claimed the voting process was “a boys’ club” that was “ripe with corruption”.

The body announced several changes to its procedures after her accusations were made public.

‘Black music has never been respected’

However, it is the treatment of black artists that has raised the most controversy in recent years.

No rap album has won album of the year since Outkast’s Speakerboxxx / The Love Below in 2004, despite hip-hop being the predominant genre in contemporary music.

Addressing a pre-Grammys gala in January, Diddy challenged the Academy to change its practices.

“Black music has never been respected by the Grammys,” said the rapper, who was receiving a lifetime achievement award.

Adding that the lack of diversity was a problem across the entire entertainment industry, he added: “For years we’ve allowed institutions that have never had our best interests at heart to judge us. And that stops right now.”

A night later, after winning best rap album at the Grammys ceremony, Tyler, the Creator accused the awards of relegating “guys that look like me” to the rap and urban categories.

“I don’t like that ‘urban’ word,” he added, “it’s just a politically correct way to say the n-word to me.”

In response, the Grammys changed the name of the best urban category to best progressive R&B.

Royals braced to back Prince William after BBC show about…