Tears as slain Mfantseman MP is laid to rest [photos] 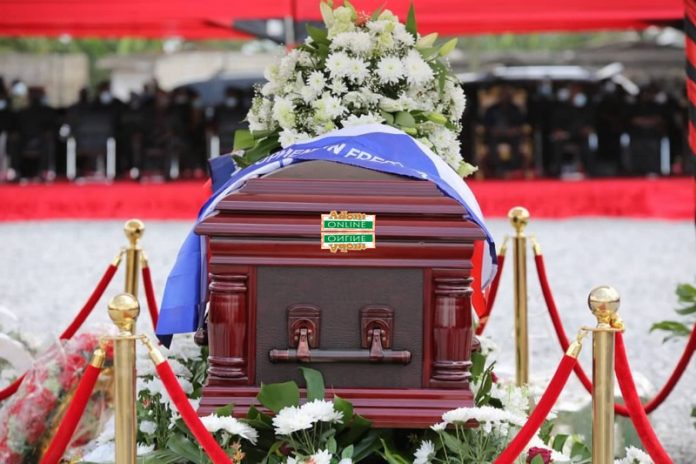 Slain Member of parliament for Mfansteman constituency in the Central Region, Ekow Hayford has been laid to rest.

President Akufo Addo, his vice Dr Bawumia, the speaker of parliament and MPs took turn to pay glowing tribute to the MP who was murdered by suspected armed robbers on October 9th.

The widow Ophelia Hayford who is also the parliamentary candidate for the constituency described the late husband as caring and compassionate to humanity.

General secretary of the NPP John Boadu who read a tribute on behalf of the party says the only befitting tribute is for the constituency to give retain the NPP in power.

He served on the judiciary, lands and forestry as well as the defense and interior committees of parliament.

Majority chiefs whip Kwasi Ameyaw Cherremeh who read a tribute on behalf of the house described the late MP as diligent and hardworking who put the country and his community ahead of personal interest.

The late Mp was 50 years and was survived by 3 children.