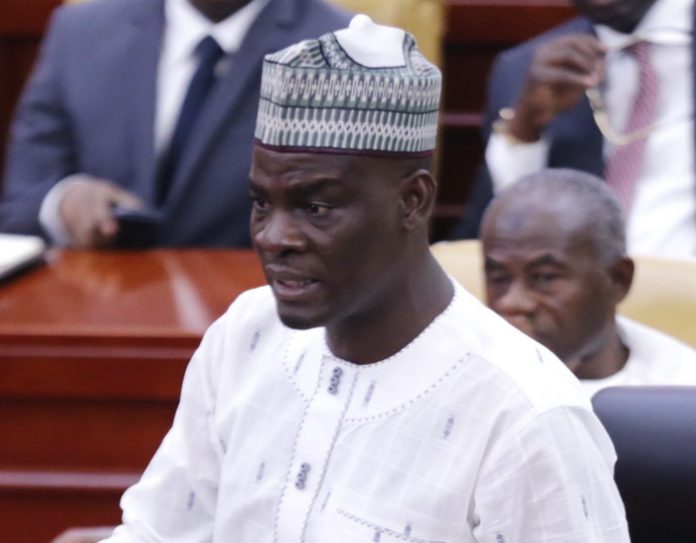 The Minority Leader and incumbent Member of Parliament (MP) for Tamale South, Mr Haruna Iddrisu has won the parliamentary election with a landslide victory.

Mr Iddrisu polled 69,307 votes to win the seat for the fifth time to represent the people of Tamale South in the next parliament in January 2021.

Mr Iddrisu who was declared as the winner at the constituency collation centre by the Electoral Commission (EC) in Tamale, this afternoon around 2.15 pm thanked his constituents for the confidence repose in him by coming out in their numbers to vote for him and the party’s presidential candidate.

He gave the assurance that he would continue to work tirelessly for the good of his constituents.

“I therefore want to dedicate this victory to the chiefs and people of Tamale South and to assure them that I will continue to reflect and mirror their needs and aspirations as an advocate for an improvement in their quality of life as a people and advocate for improve infrastructure for them”, he stated

He expressed concerns about the delay in declaring the parliamentary election results in the Savelugu constituency and also the rightful person who won the election, saying that the National Democratic Congress (NDC) as a part would resist any attempt by the EC to subvert the will of the people in the constituency.

Mr Iddrisu condemned the act of an official of the EC by name Ismael Kwashie, who was on his own and deliberately in order to impugn the integrity and the outcome of the parliamentary election in Savelugu decided to add one or two additional ballot papers to the presidential ballot.

He called the Chairperson of the EC, Mrs Jean Mensa to immediately call the said official to order.

The Tamale South constituency was created in 2004 and has since been won by the NDC.