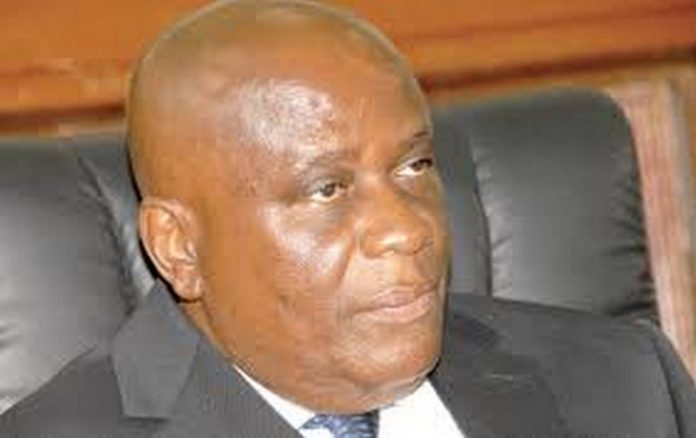 It was a moment of mixed feeling as Supreme Court Justices bid farewell to their colleague Justice Nasiru Sulemana Gbadegbe.

Justice Gbadegbe on Thursday, December 3, 2020, is retiring from the apex court after about 11 years of service on the bench.

A valedictory service, which saw Justices of the Supreme Court and other courts (high and appeals court), was held in his honour.

The joyous moment saw the judges celebrate their colleague as they dance to hymns that were ministered.

The late Professor Mills swore him into the Supreme Court in November 2009 after unanimous Parliamentary approval of his nomination.

The 70-year-old schooled at the University of Ghana where he obtained his Bachelor of Law degree (LLB) in 1975 and to the Ghana School of Law for his professional law qualification.