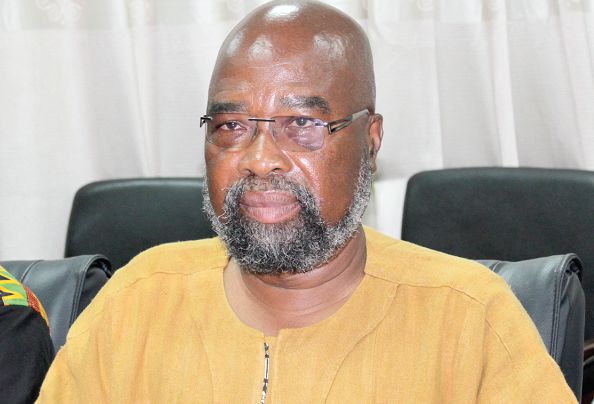 The presidential candidate of the Great Consolidated Popular Party (GCPP), Dr. Henry Herbert Lartey, has called on political parties to stop demonising the Electoral Commission (EC) as it sets out to conduct successful elections on December 7 this year.

“We have a commission that is doing a good job, and it is going to show the whole world that Ghana has one of the best electoral commissions in the world,” he said.

In an interview with the Daily Graphic in Sunyani after touring the Bono and Ahafo regions as part of his campaign tour of the country, Dr. Lartey, therefore, asked political parties to come to terms with the fact that elections were won or lost at the polling stations since the robust systems put in place could not allow the EC to change the verdict of the electorate.

He appealed to Ghanaians to support the commission to deliver on its mandate and deepen the country’s democratic dispensation once again.

Dr. Lartey said his tour of the country had given him hope that he would win the 2020 presidential election.

“I know what Ghanaians want. They want to work and earn adequate incomes in order to own their homes and cater for their basic necessities of life, and that is exactly what GCPP has set out to do,” he stated.

Dr. Lartey said the party’s message of domestication, which meant Ghanaians should depend on the country’s domestic resources, had been accepted by the electorate.

“It’s been wonderful campaigning across the country. You see the smile on my face. The good news is going down like a dream and I am hopeful that I will win this election,” he stated while answering a question about his chances in the upcoming election.

Dr. Lartey explained that throughout his campaign across the country, he had encouraged the youth to go into organic agriculture since such a venture could make them rich within a short time.

He said even though most of the youth wanted to go into agriculture, the unprofitable nature of the sector had scared them to look elsewhere.

Dr. Lartey explained that his government would create an agriculture extension department which would focus solely on organic agriculture to serve Ghanaians who would want to go into such ventures.

No musician is bigger than MUSIGA —Diana Hopeson