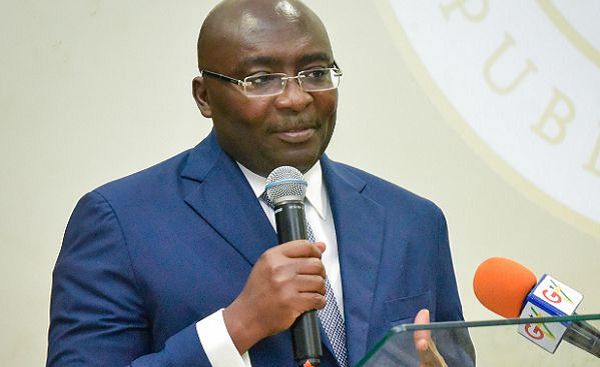 The Vice-President, Dr Mahamudu Bawumia, has asked residents of Zongo communities to continue to stay united for the development of their areas.

He urged the people in Zongo communities to keep faith with the government for it to continue to provide the necessary infrastructure, especially education, to improve the well-being of the people.

This was contained in an address read on his behalf by the Co-ordinator of the Inner Cities and Zongo Development, Alhaji Ben Abdallah, at the introduction of Alhaji Hashiru Issah Kurmi V as Chief of Koforidua Zongo in the Eastern Region last Saturday.

The new chief succeeds the late Alhaji Ali Kurmi whose 40-day funeral prayer (Adowa) was also performed at the event.

The event was attended by a large crowd including Zongo chiefs across the country, as well as politicians from both sides of the political divide.

According to Dr Bawumia, a chief must always be sincere and truthful to his people and also listen to them on all matters.

He said chiefs must also serve the people in dignity and humility.

Those attributes, he said, would foster unity and promote development in the Zongo communities.

In an address read on his behalf, former President John Dramani Mahama appealed to the Council of Muslim Chiefs and Imams in the Eastern Region to pray for the National Democratic Congress (NDC) to recapture power at the 2024 general election.

That, he said, would enable the NDC to complete its development agenda for the Zongo communities and the country as a whole.

For his part, Alhaji Kurmi promised to dialogue with the youth in the community to know their needs and how best to provide them.

He solicited the support of the people and assured them of an open and inclusive administration, since “this is an era of charge for the betterment of all.”