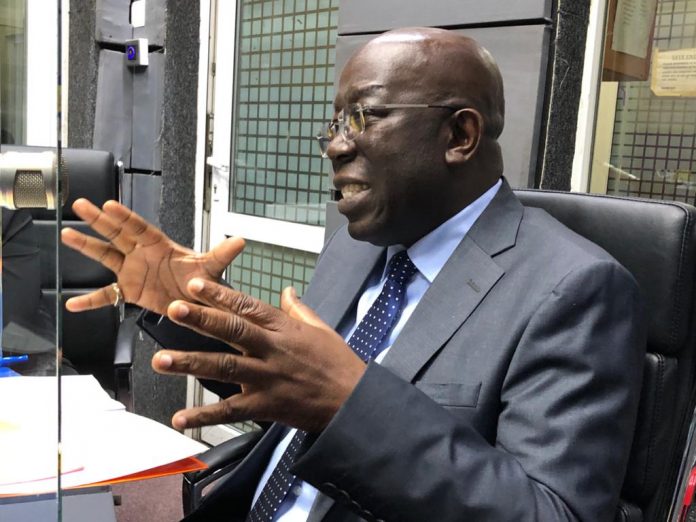 The Social Security and National Insurance Trust (SSNIT) has saved GH¢130 million in the last three years through the cleaning of the pensioner’s payroll, the Director-General, Dr John Ofori-Tenkorang, has said.

He said this was done by deleting ‘ghost names’ on the payroll list every year.

Dr Ofori-Tenkorang said this in an interview with the Deputy Editor of the Graphic Business, Charles Benoni Okine, on the GraphicTalks 360 series. The online interview programme, which is currently being streamed live on the Daily Graphic Facebook page and available on the Daily Graphic’s Youtube channel, was on the theme: ‘The SSNIT story in the last three and half years’.

“Our current pension scheme says when you are 75 years and you pass away, then SSNIT doesn’t have any further obligation towards you or your survivors. Before that age, if there is an untimely death, there is some residual amount that would be paid to your survivors.

“We send the pension amount every month straight to the bank accounts so if you are above 75 years and you pass away, if we do not know that you have passed away, we will just keep sending every month because we had no way of knowing. And if the survivors know that after 75 years they have nothing left to get from us, then it is in their interest not to tell us,” he explained.

He said SSNIT, therefore, introduced a system that required pensioners who are above 75 years to show up at any of their offices nationwide to authenticate themselves biometrically every year.

“This can be done in any of our branches nationwide. If for some reason you cannot come and you call us, we can even come to you and this has helped eliminate the ghost names.

“This exercise alone has saved us about GH¢130 million since we started three years ago. This is money that we would have been paying to illegitimate people,” he stated.

Explaining pensions and the role of SSNIT in the country, the Director General, said pension is the stream of income that one receives when he or she is out of active service.

He advised that pension money was not meant for building houses or paying school fees.

SSNIT is for all Ghanaian workers

Dr Ofori Tenkorang, also, pointed out that unlike the perception that SSNIT was for only public workers, it was for all Ghanaian workers both in the formal and informal sector.

He said the SSNIT pension scheme was a contributory scheme and not a gratuity, which meant that while working, workers must pay certain premiums and those contributions serve to insure the salaries on which the worker is making those contributions.

“We are there to insure any occupational income so any income you are getting which is work-related, you are qualified to declare it to us and pay the requisite premiums on that. Once you do that, all that income, subject to a certain maximum will be insured so that in the future if you need to come and claim then your calculations will reflect all those incomes that you declared to us,” he explained.