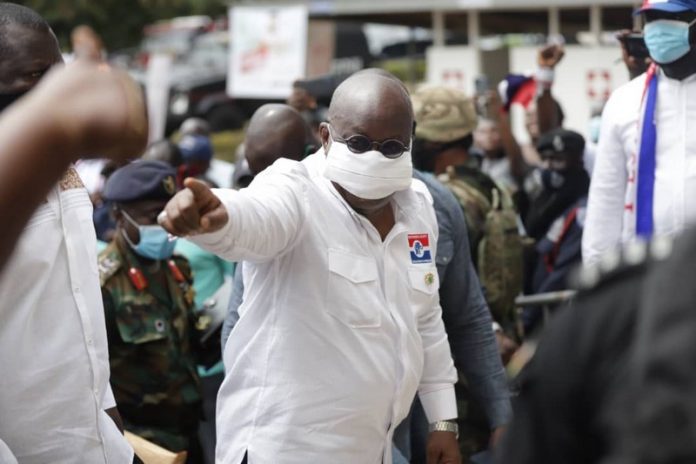 He polled 6,730, 413 which is 51.59% of the total votes cast nationwide on December 7, Chairperson of the Electoral Commission, Jean Mensah has said.

Many people following the declaration have taken to social media to congratulate the President as they pray God’s blessing upon him in his second term.

They include government officials and the President himself who has lauded Ghanaians for his re-election.

His closest contender, John Mahama of the National Democratic Congress (NDC) polled 6, 214, 889 which gives him 47.36% of the total votes cast.

Total valid votes cast, according to the Electoral Commission, was 13,434,574 representing 79% of total registered voters.