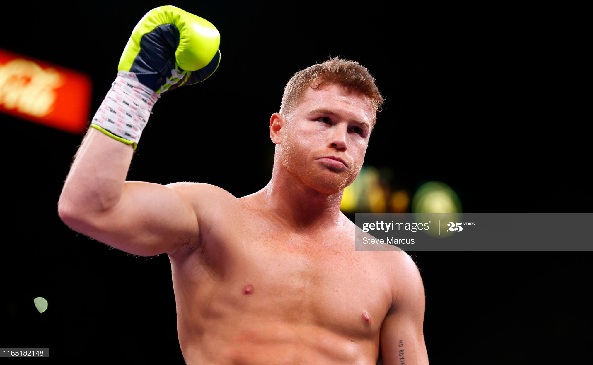 Alvarez and Smith agreed to the fight last Wednesday but were still looking for a date. The bout will be televised on DAZN.

Alvarez (53-1-2, 36 KOs) will face “Mundo” Smith (27-0, 19 KOs) after announcing last week that he was a free agent. His first business partner will be Eddie Hearn of Matchroom Boxing.

“We are a disciplined team that is ready to fight,” Alvarez said via IG Live during Tuesday’s announcement. “The only thing we want is to continue my career and continue growing. We have a fight scheduled for December 19 against Callum Smith, who is regarded as the best at 168.

“It makes me very happy to share that we will be fighting against one of the best and I feel very happy because in the end, that’s what we want, to continue advancing my career and to be the best.”

Alvarez started negotiating with Premier Boxing Champions for a battle with undefeated IBF super middleweight titleholder Caleb Plant, but a source said they received a counterproposal for Canelo to first face Anthony Dirrell or Chris Eubank and then Plant on pay-per-view. Alvarez didn’t want to make a deal with anyone for more than one fight.

Then came the option to face one of Hearn’s fighters: Smith, Billy Joe Saunders, Gennadiy Golovkin or John Ryder.

With Golovkin scheduled to face his IBF mandatory challenger Kamil Szeremeta next and Alvarez’s intention to stage a world title fight for his first bout as a free agent, an agreement was reached for a matchup with Smith.

Smith, who will try to avenge his brother Liam Smith, who lost to Alvarez by knockout at AT&T Stadium in 2016, is a solid and credible opponent who will satisfy Alvarez’s intentions to face the best fighters available.

Smith, 30, who is 7 inches taller than Alvarez and has about an 8-inch reach advantage, won the title with a seventh-round knockout of George Groves in the World Boxing Super Series final in 2016. He has defended the belt twice, a third-round TKO of Hassan N’Dam in June 2019 and a contested unanimous decision victory over Ryder in November 2019.

Alvarez, 30, won his WBA “regular” title with a third-round TKO of Rocky Fielding in December 2018. Alvarez went back to the middleweight division for his next fight and defended his WBC, WBA and IBF belts with a unanimous decision win over Daniel Jacobs in May 2019. He then went up a division to light heavyweight to win the WBA belt in an 11th-round TKO victory over Sergey Kovalev.

On the undercard, Julio Cesar Martinez will defend his WBC flyweight title against an opponent to be named.