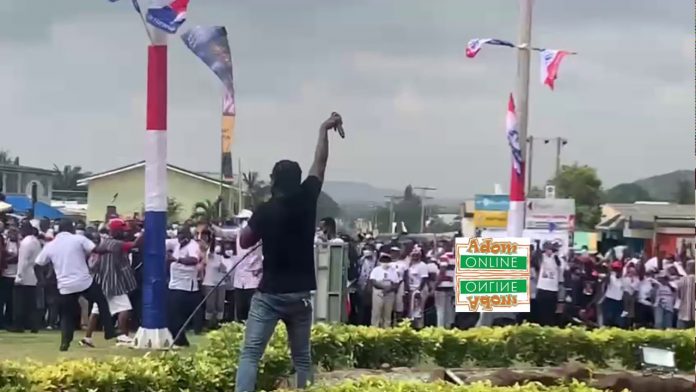 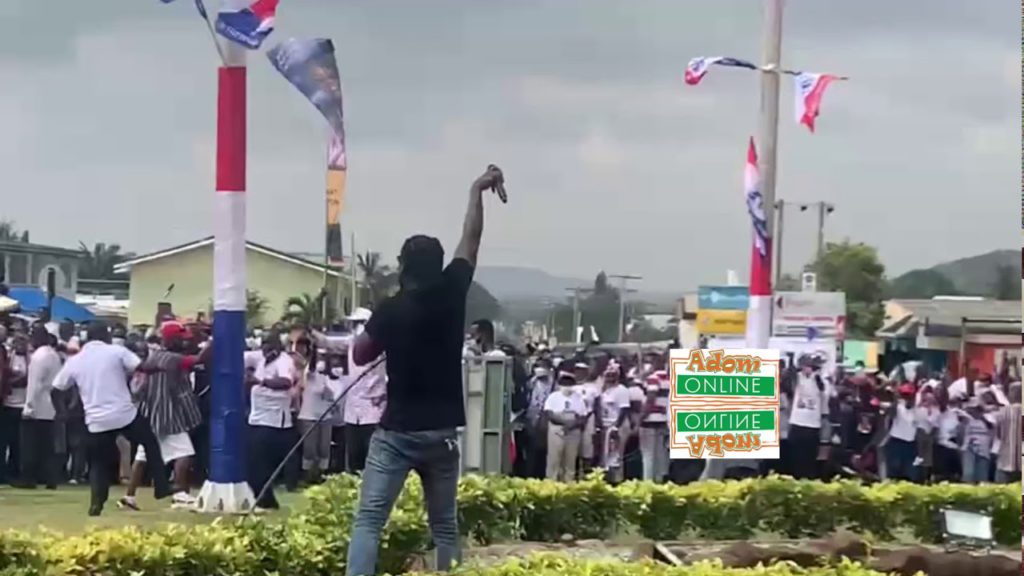 Dancehall musician, Samini, was spotted performing prior to the unveiling of the statue of the first Member of Parliament (MP) for Ablekuma West Constituency, Theresa Amerley Tagoe, at Dansoman.

The event, which took place on Wednesday, November 25, 2020, had President Nana Addo Dankwa Akufo-Addo and other New Patriotic Party (NPP) dignitaries such as the incumbent MP for Ablekuma West, Mrs Ursula Owusu-Ekuful present to grace the occasion.

Samini, being one of the few celebrities to openly endorse the NPP, performed his ‘Kpoyaka’ song – which he did for the party ahead of the December 7 elections.

During the performance, some of his fans, who are also supporters of the NPP, hailed him on as the dancehall crooner preaches the achievements of the party through his song.

Samini, after his energetic show, walked to the podium where he knelt in front of President Akufo-Addo to exchange pleasantries and to further reiterate his support for the party in power.

President Akufo-Addo unveiled the statue of the first MP, who died 10 years ago, at the famous Dansoman Roundabout in Accra.

Justifying the unveiling, President Akufo-Addo said the monument stands as testimony to her contribution to the nation and community.