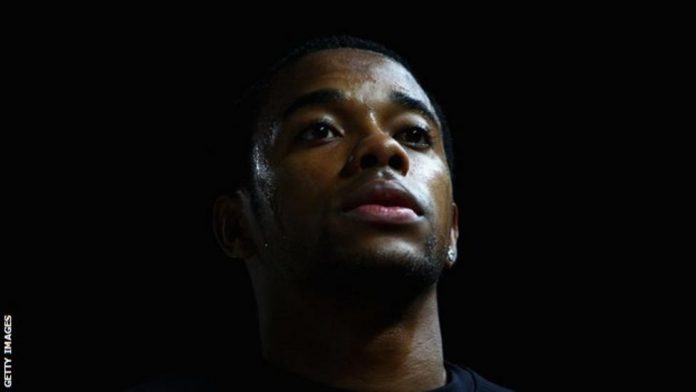 On October 10, 1980, a group of Brazilian women congregated on the steps of Sao Paulo’s historic municipal theatre to protest against the increasing rate of violence suffered by the country’s female population.

Each year since the date has been commemorated as the National Day To Fight Violence Against Women. This October, it also saw a huge controversy centre on one of Brazil’s biggest football clubs, and one of its best-known players.

Exactly four decades to the day since that first demonstration, Santos announced that Robinho, a famous academy product often cited alongside Pele and Neymar as one of the club’s best forwards of all-time, was returning home on a five-month contract.

Signing a 36-year-old free agent on a monthly salary not far off the national minimum wage might have seemed a smart and economical option: generate some headlines, sell some shirts, and maybe even benefit from a little extra fire-power upfront.

It certainly attracted attention. Within a week of Santos’ announcement, both club and the player agreed to suspend the contract amid intense media criticism and public outcry, with sponsors threatening to quit.

None of this should have been a surprise, yet it all seemed to catch both parties off-guard.

Robinho, full name Robson de Souza, left his boyhood club Santos for Real Madrid in a £20m transfer in 2005, the 21-year-old proclaiming he would win the Ballon d’Or within “two or three years”.

Instead, 12 years later, in November 2017, he was found guilty for his part in the 2013 gang rape of a woman in Italy, where he was playing for AC Milan.

Tried in absentia by the Italian judicial system, he was sentenced to nine years in jail, but has never served any time. The sentence was suspended pending an appeal, which is scheduled to be heard on Thursday. Robinho has always said he plans to prove his innocence.

As if verification were needed of how such cases are viewed by Brazilian football clubs, just three days after the 2017 conviction Robinho played 90 minutes for his then-club Atletico Mineiro.

Atletico, colloquially known as Galo, said at the time they would not comment on Robinho’s case because it was a personal matter. Fans reacted by erecting banners, including one that read: “Galo, your silence is violent. We don’t accept rapists.”

By the time his contract expired a month later, the pressure was enough to ensure there was no renewal, and the striker moved to Turkey, joining Istanbul Basaksehir. When his new team travelled to Rome in the Europa League in September 2019, Robinho was left behind amid reports it was feared he would be arrested. The Brazilian’s legal advisors insist he is free to enter Italy.

Robinho has always maintained he is not guilty. In October, he gave an interview in which he claimed the woman was consenting and his only mistake was “not being faithful to my wife”. Referring to the pressure that led to his contract with Santos being suspended, he added: “Unfortunately there is this feminist movement.”

Yet for many in Brazil, the issue is less about Robinho’s ability to prove his innocence, like he did in England in 2009 when the then-Manchester City forward faced allegations of serious sexual assault in a Leeds nightclub. Instead it is about why Brazilian football clubs continue to be so willing to offer contracts and playing time to players embroiled in criminal investigations.

The Brazilian Football Association could likely field an entire team of active players accused or convicted of crimes related to gender violence or sexual assault. Just one day after Robinho’s unveiling at Santos, Red Bull Bragantino gave a debut to Wesley Piontek, sentenced in October 2019 to 16 months in an open prison for assaulting his then-girlfriend.

The most shocking case in recent years is that of former Flamengo goalkeeper Bruno Fernandes de Souza, who served less than a third of a 22-year sentence for ordering the murder of a former lover. Eliza Samudio was strangled and her body chopped up and fed to dogs, but Bruno continues to earn a living playing football for Rio Branco in the northern state of Acre.

“Football is big everywhere, but here in Brazil it’s like a religion,” says Monica Sapucaia Machado, a professor of political and economical law and specialist in women’s rights.

“Clubs are organisations that can speak to the people a lot better than the government. They help create a culture, so when a big football club where Pele played and that represents Brazil everywhere accepts someone found guilty of violence against women, it says to the Brazilian people that it’s acceptable.”

Another rape case in the country made headlines last month. Video excerpts of a 23-year-old event promotor’s sexual abuse trial showed her being humiliated to tears by the defence attorney of a wealthy businessman who works with footballers and celebrities.

In the immediate aftermath, several Brazilian football clubs posted support for the woman, Mariana Ferrer, but Santos, who in recent times have been very active in raising awareness of aggressions against women, did not. Kelly Gomes, a spokesperson for the club’s only female-organised fan group, feels it is best the club keep silent.

“Up until this situation with Robinho, we were very proud of the club because we felt their support,” says Gomes, who in 2019 helped create the Movimento Bancada das Sereias – the Stand of the Mermaids movement – that helps unite Santos’ female fans and campaigns for greater respect for women within football grounds.

“In the past they did a lot of work to raise publicity about women’s safety and domestic violence, but how can they speak about this subject now? They’ve lost all credibility. It feels like it was all a publicity stunt because we saw, when it comes down to it, their beliefs are in complete contrast to what they were promoting.

“Even their decision to suspend Robinho’s contract offer was not taken out of respect for women, but rather because of sponsors. It was an own goal by Santos and they have nobody to blame but themselves.”

Santos, when announcing Robinho’s departure, said both he and the club had agreed to do so “in order for the player to concentrate exclusively on his defence in the ongoing case in Italy”.

Thiago Arantes, author of Immortal Idols: The 10 Best Players of Santos, says he was not surprised by the club’s decision to sign Robinho and believes the timing epitomises a wider disconnect with the public.

“Unfortunately in Brazil, clubs often have this mentality that they are above the law,” says Arantes, whose 2011 book includes a chapter dedicated to Robinho’s time on the Sao Paulo coast.

“It’s like they live in a parallel world and it’s actually very likely they didn’t even realise the significance of the 10 October date. Santos had a great opportunity to make a stand, but completely failed to take it.”

Statistics show crimes involving domestic violence, contempt, or discrimination against women that result in death are on the rise in Brazil, up 7% between 2018 and 2019. A sexual violation occurs every eight minutes and 85% of the victims are female. Or, put another way, during the time it has taken you to reach this part of this article, a woman has likely been abused in the country.

Many critics of Brazil’s incumbent president, Jair Bolsonaro, who was elected in 2018, point towards the disparaging public remarks he has made about women during his political career. In 2014, he told a congresswoman that: “I would never rape you because you don’t deserve it” and referred to the fact that his fifth child is a girl as “a moment of weakness”.

Robinho himself likened reaction to his Santos move with the kind of media ‘persecution’ Bolsonaro often complains about.

He said he was “feeling like a Bolsonaro, everyone is attacking me”, adding: “In Turkey and Italy there was no such repercussion. Here in Brazil, they prioritise bad news. People just want to get a ‘like’. Look what they did with the president without evidence. They’re accusing me without evidence.”

Sapucaia Machado, the women’s rights specialist, believes the country’s football association should take decision-making power away from the clubs and prohibit them from signing players who have pending cases for violence against women.

“Football employs a lot of people, but clubs still act like domestic violence is just a bit of fun and something all men do,” she says.

“We need to remember the clubs are very rich and powerful corporations; with more influence than politicians. They understand this kind of behaviour is something that sells. It is propaganda.

“We have not changed our culture yet. In fact we have lost a lot of ground in these past two years.

“That’s why the Robinho case is so emblematic. It’s a global problem and women live this kind of situation everywhere, but in Brazil this is our reality.”

Sue if you want to enjoy free money -Akandoh told after …