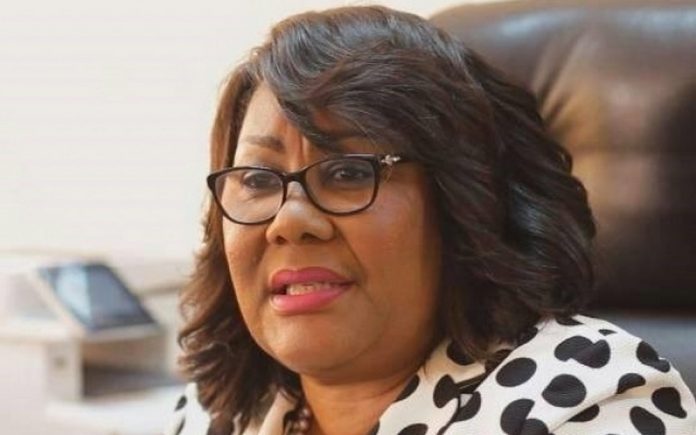 Corruption Watch’s (CW) follow-up investigations into the car auction scandal at the Registrar General’s Department (RGD), has found that some staff of RGD have been subjected to victimisation of different kinds following CW’s publication about the controversies surrounding the auction of some vehicles at RGD.

The victims of the victimisation, CW gathered are some members of staff who were present on the auction day and hence witnessed the auction of the two vehicles instead of the nine vehicles published by the Department in the newspapers and on the premises of RGD prior to the auction.

It would be recalled that CW published findings of investigations into the auction of nine vehicles at RGD in November 2019. CW investigations found that only two vehicles were auctioned on the auction day at the advertised location, the office of RGD, as six of the nine vehicles were taken out of the premises of RGD within four days to the advertised auction date and one was at the RGD office in Kumasi.

At the time of the auction, the Registrar General, Mrs Jemima Oware was out of the country, hence although the auction was sanctioned by her, the process was handled by other members of the management team and was supervised by the Transport Department’s supervisor, Transport Officer Dennis Kyei Botchwey.

The controversial manner in which the auction was done led to staff agitation at the RGD. In the course of the agitation, CW gathered that some staff, who witnessed the auction, openly expressed their displeasure and demanded that the right thing be done.

CW gathered that upon the return of Mrs Oware from her trip abroad, these agitations were brought to her notice and some staff, who witnessed the auction, were questioned about what they witnessed.

CW also gathered that some aggrieved staff also sent anonymous petitions about the issue to the Head of Civil Service for its intervention.

Things took a new turn in the lives of some staff after CW’s publication. CW gathered that some staff were tagged as traitors and snitches believed to have brought the issue to the attention of the media. CW gathered that the perceived snitches started facing signs of victimisation of different forms, redundancy, demotion and transfers.

For the purpose of the subject of this story being victimisation, all names of staff have been withheld.

The Chief driver of RGD, who has the responsibility to keep and release car keys of the various vehicles when directed, is aware of when each vehicle leaves and returns to the premises of the Department, hence is aware of when the six disappeared as his position requires.

Following CW’s publication, the Chief driver was tagged as a perceived snitch who tipped-off the media and has since been rendered redundant. According to information gathered by CW, the Chief driver only goes to spend the entire day at RGD without being assigned to perform any official duty. CW also gathered that he is not informed of the daily rounds of colleagues he is supposed to supervise and has lost the power to keep and release vehicles to colleague drivers.

After months of being rendered redundant, the chief driver’s salary was blocked. CW gathered that in his efforts to get that resolved, he visited the head of Civil Service to enquire about why he has not been receiving his salary for months but was informed the challenge was from RGD, hence he was referred back to RGD. Checks by CW found that the Chief driver, who has a wife and kids, had not received his salary since June of this year.

CW gathered that the Head of Personnel at RGD, who on behalf of aggrieved staff openly condemned the nature in which the vehicles were auctioned and openly demanded that management investigates the circumstances surrounding the disappearance of the vehicles and the auction itself, also became a victim of victimisation.

On December 17, 2019 days after the CW publication, RGD held a durbar. During this durbar, it was announced that there was going to be an intradepartmental transfer at RGD. The Head of Personnel’s name was mentioned as the first of the people to begin this transfers to a different department.

This open announcement was followed by a letter by December 23, 2019, directing him to exit his office in three days and to report to his new boss. The Head of Personnel with over 10 years work experience as a Personnel Officer was moved to a new department which role he had no work experience in, the Estate department. In this new department, he wasn’t going to be a head; he has no private office nor secretary assigned to him among others, unlike the position he previously occupied.

Further checks by CW showed that the office of the Head of Personnel has since been empty and is under lock and his secretary assigned other responsibilities. CW gathered that some members of staff are unable to speak or get close to him for fear of also being added as accomplices.

There has also been a transfer of about 22 staff of RGD across regions. Among those transferred, CW gathered that one staff has been accused by other transferred colleagues of being the cause of their transfer.

According to the information gathered, these aggrieved transferred staff claim they had been informed that one of their colleagues was the target for the transfer for his perceived whistleblowing role in the auction scandal, hence, the rest of them were only included to cover-up the victimisation.

Following the discovery by some transferred staff that they were being used as sacrificial lamb to cover up victimisation, these staff made efforts to bring to the attention of management of the inconveniences a transfer poses for them and begged management to rescind their decision but their pleas all yielded no results.

Relocating with toddlers during a pandemic

One transferred staff, a female, of the Company Inspectors Department is a married woman with toddlers, with a five-year-old being the oldest. She was transferred to the Ashanti Region. According to information gathered by CW, this lady had written to management to draw their attention to the fact that a transfer to a different region will have negative impact on her family life as her kids are toddlers and are currently home because  Covid-19 has forced schools to close down.

CW learnt that her support system will not be available if she relocates, which can endanger the lives of her kids during the pandemic.

Her plea for mercy was ignored by RGD and she was asked by management to relocate regardless and employ the services of a house help to take care of her kids since the kids are her worry.

The lady, who could not afford the cost of rent, transportation of her belongings as well as employ the services of a house help, tendered in her resignation on October 10, 2020.

CW gathered that another company inspector has a liver condition, a condition he has been battling silently while working. He is on constant medication and visits his doctor in Accra every week.

CW sources said upon receiving information of his transfer, particularly hearing that he was included to cover-up victimisation, he wrote to management of RGD and attached his medical records explaining why he cannot leave Accra to any region for now.

Upon several follow-ups, he finally got a response, a denial of his request, forcing him to choose between his life and his job in the region he was posted to. He resigned. According to information gathered, he was informed by a member of the management team that “even if his dead body is brought to plead, his body will still be moved to his new station.”

Following this response, “the gentleman chose getting the right medical attention to keep him alive over relocating and risk his life,” our source added. Our checks indicate he resigned on October 12, 2020.

RGD sources told CW that the transferred staff were not given any financial assistance to support their cost of transporting their belongings and acquisition of new accommodation at their new station. As the transfer came to them unexpectedly they had no savings towards renting.

A third transferred staff, a driver, has also resigned after being transferred to the Sunyani branch of RGD. CW sources said after travel to his new station to enquire about the cost of his relocation, he realised he needed over GH¢4,000 to pay rent advance to accommodate him at his new station.

A situation, CW gathered, was devastating to him as he enjoys a rent-free accommodation here in Accra and has no savings to raise such as amount.

His plea was also unsuccessful and on October on 18, 2020 he also tendered in his resignation.

According to the information CW gathered, more transferred staff are likely to join the list of resigned staff if no immediate action is taken to intervene for the aggrieved staff.

CW wrote officially to RGD to get their response for claims of victimisation and followed up with a call to the Registrar General, Mrs Oware but she declined comment.

According to her, when she granted CW an interview after the investigation into the auction scandal, her request for the story to be dropped was disregarded and the story was published so she declined to grant another interview.

- Advertisement -
Facebook
Twitter
Pinterest
WhatsApp
Previous articleKosta Papic: I’m focused on Karela United match
Next article7 years after marriage, I was the one who got his wife pregnant for him