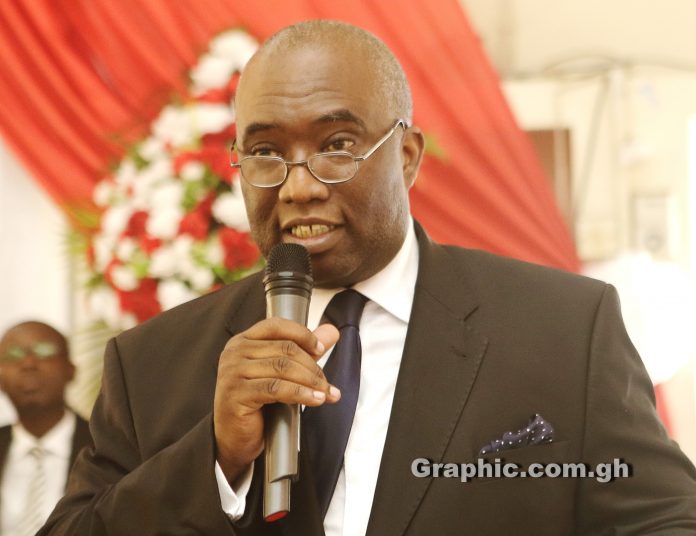 The Ghana Railway Company Limited has congratulated veteran politician, Mr Joe Ghartey on his fifth consecutive election as Member of Parliament for the Essikado-Ketan Constituency in the Western Region.

In a statement signed by its Acting Managing Director, John Essel, the Ghana Railway Company Limited said it was proud of the accomplishments and contributions of Mr Ghartey who is the Minister of Railways Development.

“We know you’ve worked hard to reach this point and we are so happy that you’ve been recognized by your constituents for your accomplishments. It is well deserved,” the statement said.

“We offer you our wholehearted support in your future endeavours as the sector minister of Ministry of Railways Development (MoRD), and we also hope for your personal future success.”

“You dreamed big, you worked hard and you have earned the recognition which came with your re-election. We are proud of you, of your accomplishments, and of the contributions that your leadership represent,” it said, adding that “you have our best wishes for your future success.”

The veteran politician was first elected Member of Parliament for Essikado-Ketan Constituency In 2004 during the reign of former President John Agyekum Kufuor.

Mr Ghartey is an experienced lawyer, former Attorney General and Minister of Justice, second Deputy Speaker of Parliament and a Christian by faith.

Read the entire statement below;