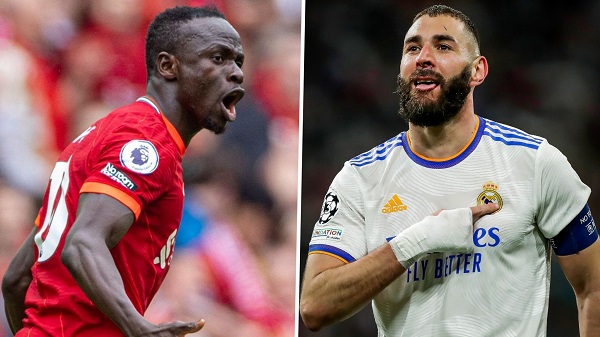 France striker Karim Benzema has been ruled out of the World Cup because of a thigh injury suffered in training.

“I am extremely sad for Karim, who made this World Cup a major goal,” said head coach Didier Deschamps.

“In my life I never give up but tonight I have to think about the team like I always do,” Benzema said.

“So the reason tells me to leave my place to someone who can help our team to make a great World Cup.”

It said an MRI scan confirmed the injury, which requires “a three-week recovery period”.

France play Australia on 22 November, Denmark on 26 November and Tunisia on 30 November in Group D.

Deschamps, who must name a replacement for Benzema by Monday, has lost several key players through injury.

Midfielders Paul Pogba and N’Golo Kante were not included in the original 26-man squad.

Defender Presnel Kimpembe withdrew on Monday after failing to recover from a hamstring problem – he was replaced by Axel Disasi – and on Wednesday forward Christopher Nkunku was ruled out after limping out of training. Randal Kolo Muani was called up as a replacement.

Defender Raphael Varane is aiming to be fit after missing Manchester United’s past five matches.

United forward Anthony Martial is an option to replace Benzema, who had been struggling with a thigh problem since October and has played less than half an hour in Real’s past six games.

Senegal forward Sadio Mane who finished second to Benzema at the Ballon d’Or will also miss the World Cup after undergoing surgery on a knee injury he sustained playing for Bayern Munich.

On Tuesday, Senegal’s football federation said Mane, 30, would miss their “first games” at the tournament.

But a further MRI scan was completed on Thursday that showed surgical intervention was needed.

Mane was forced off during Bayern’s Bundesliga win over Werder Bremen on 8 November.

Bayern have confirmed the player “underwent successful surgery” on Thursday, to attach a tendon to the head of his right fibula

“The forward will begin his rehab in Munich in the next few days,” the club added.

Senegal starts their World Cup campaign against the Netherlands on Monday. The West Africans are in Group A with games against hosts Qatar (25 November) and Ecuador (29 November) to follow.