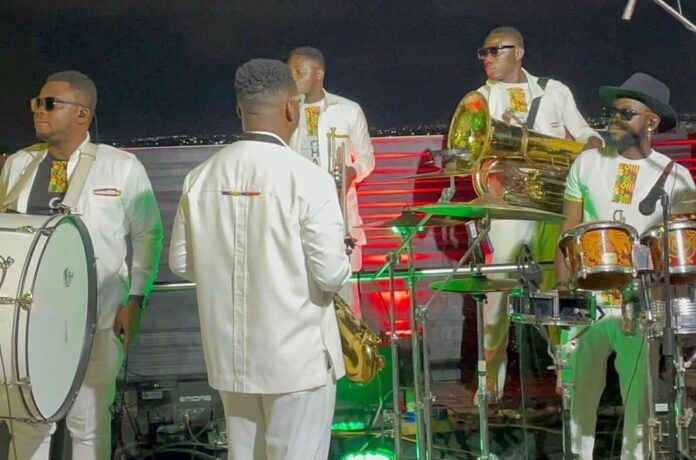 Popular music band, The Kentos Band in collaboration with the Ministry of Youth and Sports has launched a new song, ‘Osey’ to rally support for the Black Stars at this year’s World Cup competition scheduled to start on Sunday, November 20 in Qatar.

“Osey” was written and arranged by The Kentos Band. The song is a simple and catchy melody expected to remain on the lips of Ghanaians to cheer the Black Stars at the World Cup.

The Kentos Band, known for its electrifying live performances, told Graphic Showbiz that that the project has given them the opportunity to contribute to a national cause.

The song comes with a colourful and captivating video and features former Black Stars players like Asamoah Cyan, Laryea Kingston, John Paintsil, and Derrick Boateng. It is sponsored by Torrid Global Limited.

The Kentos Band is very positive “Osey” would indeed be the song to rally huge support for the Stars during the World Cup season.