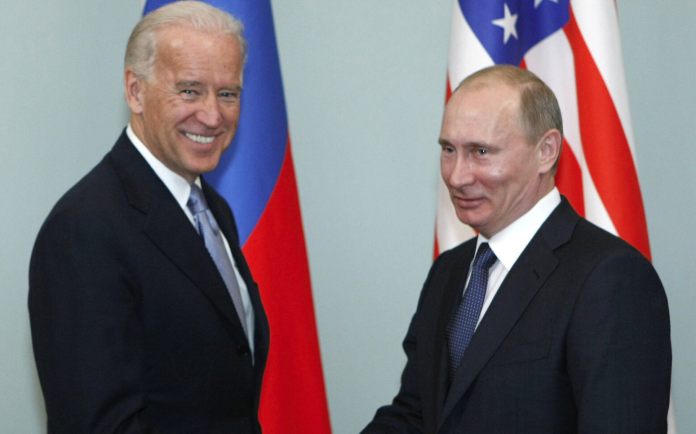 Russian President Vladimir Putin congratulated Joe Biden on his victory in the United States (US) presidential election Tuesday, six weeks after the vote and a day after the Electoral College officially affirmed Biden’s win.

While many world leaders congratulated President-elect Biden within days of the election, the Kremlin said at the time that it deemed it “correct” to wait for the official results before Putin congratulated the winner.

“Vladimir Putin wished the President-elect every success and expressed confidence that Russia and the United States, which bear special responsibility for global security and stability, despite their differences can truly contribute to solving many problems and challenges that the world is currently facing,” a Kremlin readout said on Tuesday.

Putin noted that “Russian-American cooperation based on the principles of equality and mutual respect would meet the interests of people in both countries as well as the entire international community.”

“For my part, I am ready for cooperation and contacts with you,” the Russian President said.

The outreach to the incoming administration comes amid news that may further strain US-Russian relations, following a CNN-Bellingcat investigation that identified Russian specialists who trailed Putin’s main political opponent, opposition leader Alexey Navalny. It also comes as US officials scramble to respond to a massive data breach attributed to Russian hackers.

It’s also a marked contrast to 2016, when the Kremlin congratulated US President Donald Trump within hours of the race being called, but Biden’s administration will have a very different attitude towards Russia.

Trump lavished praise on Putin during his presidency, stoking suspicion over his campaign’s possible connection to Russian meddling in the election. The same cozy relationship cannot be expected with Biden, who has vowed to treat foreign interference “as an adversarial act.”

“Biden will work hard with partners and allies to push back on whatever Russia is up to, whether it’s trying to assassinate Russian citizens overseas, or kill their own opposition leaders like the alleged attempt with [Alexey] Navalny in Siberia, or activities in Syria, Crimea, etc.,” Karin von Hippel, director-general of the Royal United Services Institute, told CNN in the wake of the election last month. “So I do think he [Putin] knows that there will be much more of an effort to try to contain Russia.”

Russia has had a free hand for some years now — including at the end of President Barack Obama’s years in office — according to von Hippel, a former nonpolitical senior adviser at the State Department under the Obama administration.

In late October, Biden called Russia “the main threat” to US national security in an interview with 60 Minutes on CBS. Kremlin spokesman Peskov responded by saying that such rhetoric amplified “hatred towards the Russian Federation.”

In the run-up to the election, the two countries did not reach a deal to extend a key arms reduction treaty signed by Presidents Obama and Dmitry Medvedev in 2010 — which the Trump administration was pushing for ahead of election day.

Putin previously indicated that he sees strategic treaties as one of the potential points for cooperation with Biden.