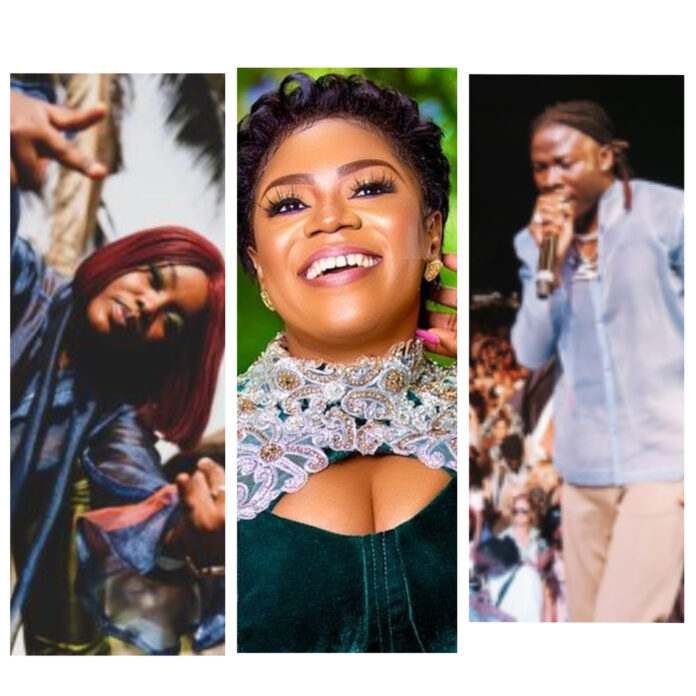 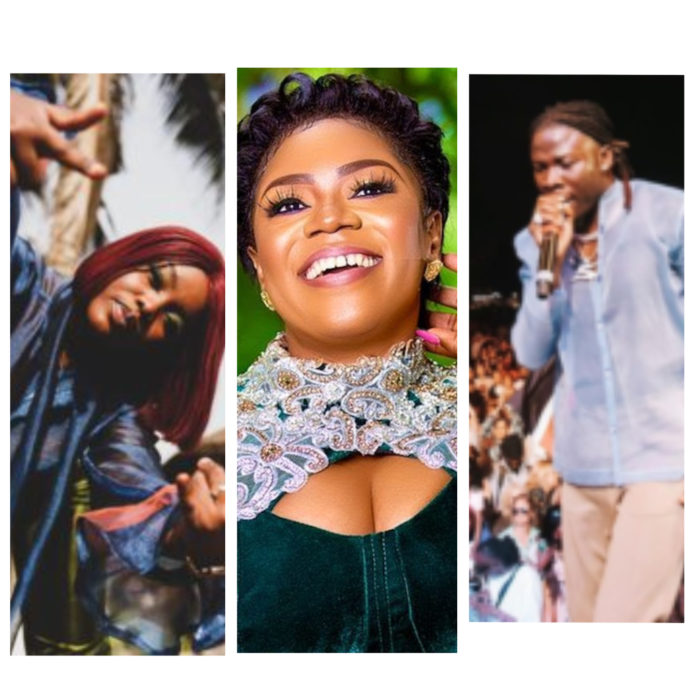 Gospel musician, Piesie Esther, is having an awesome season and has finally taken over the top spot on Adom FM’s Music Chart show with her ‘Wayɛ Me Yie’ hit song.

The Evergreen songstress has garnered over 1.2 million views on Youtube since its release on June 16, 2022 to mark her 20 years journey in the music sphere.

The song has become the most sought-after in its genre as its lyrics and visuals move gospel lovers to keep the song on the streaming chart.

At number 2, Epixode climbs up with his Atia song featuring Kwabena Kwabena.

The creative buzz surrounding the song has Highlife- rendition in the limelight of many streaming platforms after few weeks.

Prior to Piesie Esther’s ‘Wayɛ Me Yie’ and Episode’s Atia, Gyakie’s Something had been the talk of the town and clocked number one on Adom Chart Week 34.

Stonebwoy comes through at the fourth spot with his Therapy banger. The first single for the Dancehall artiste after he joined the Def Jam record label is set to trend for a longer time across Ghana’s music space.

Lasmid, however, dropped to number 5 this week with his Friday Night hit song.

King Promise is subtly doing well with his single, Ginger, with over 1.7 million views on YouTube at number 7.

This week, Sugarcane remix song is slated at 8. Last week, the Afrobeats song was at number 7 following King Promise’ Ginger.

Dancehall artiste, Shata Wale, is still maintaining the flow as his On God song got him at number 9.

Singer Fameye has moved from number 15 last week to number 10 with his Thank You single.

Self-acclaimed Queen of Ghana music, Wendy Shay, comes through at number 11 with her Survivor song. The song continues to wave on many streaming platforms.

Kelvin Boy still stays in the top 20 with his Down Flat clocking number 12. The Afrobeat song seems to maintain its flow as weeks go by.

In just a couple of weeks, Amerado and Lasmid’s grace song has garnered over 500k views on Youtube. The song has climbed up to the 14 spot after trailing at number 20 last week.

One of the fast rising artistes in Ghana’s music sphere, Lasmid is equally having a great year with his Atele song sitting at the 15th spot.

Lynx Entertainment signee, Kwame Eugene comes through at number 16 with Take Away song.

At number 19, Joe Mettle stays in the chart with his Kadosh song.

My husband beats me but I cannot leave him

John Dumelo mourns after being hit with sad news