People I trusted let me down – Andy of Mentor 1 fame 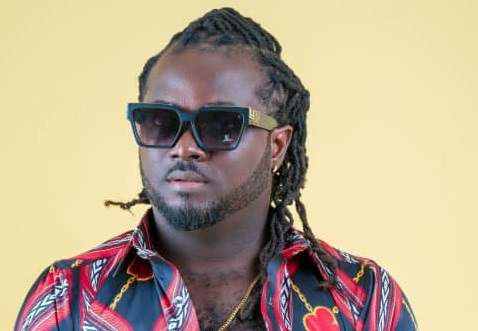 After creating a huge impression in the maiden edition of reality talent show, Mentor on TV3 in 2006, first runner-up Andy’s plan had been to climb the ladder and join the mainstream music industry, especially after releasing a single, Sweetie.

However, his plan did not materialise and he, unfortunately, faded out and he says the people he trusted let him down big time.

Speaking with Graphic Showbiz recently, Andy said he trusted people who came around him when he started tasting fame but the same people were his downfall.

“I would have been a bigger artiste if I had fallen into the hands of good people but I allowed some people into my life and they were my destruction. I was deceived into doing things I shouldn’t have done back then,” he said.

Andy explained that he had to take a long break from the music scene and come back at a time he was fully prepared.

“During my long break, I used the opportunity to record more songs and also perfected my stage performance. I have enough songs for Ghanaians and I can say that I am ready for Ghanaian music now,” he stated.

Another thing Andy said took him off the music scene was the fact that he was not prepared to handle fame well.

“Apart from the people who came into my life and let me down, I was also not ready for showbiz. I didn’t know how to handle it so I had to take a break and learn whatever I needed to know,” he stated.

Now being managed by a new team, Sycot Nation Empire, Andy is out with a new single titled Twe which he believes will revive his career and fortunes.

“When you have a great song and a good management team behind you, coming back isn’t a problem. The song will speak for itself because it is a nice piece and I want Ghanaians to show me, love, by listening to it and giving me feedback,” he said.

On what has changed in the music industry, Andy said social media was taking over everything.

“During our time, social media was not vibrant. You actually had to go to radio stations to promote your songs but now, you come out with your song on social media and everyone is downloading and streaming it,” he added.