Newsday Ghana
HomePoliticsOSP Board to meet over Amidu's resignation
Politics

OSP Board to meet over Amidu’s resignation 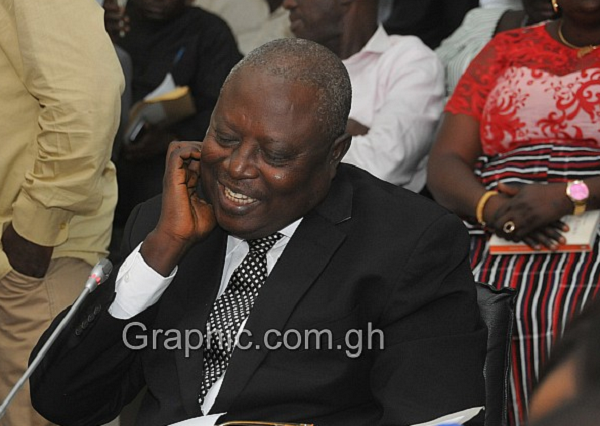 The Board of the Office of Special Prosecutor (OSP) is to meet over the resignation of Mr Martin Amidu.

He was appointed to lead the fight against corruption for seven years, but nearly three years after he had been sworn into office, the Special Prosecutor (SP), Mr Martin Alamisi Burns Kaiser Amidu, has resigned.

Mr Amidu cited what he described as “political interference in the independence of his office” as the main reason for his decision to resign.

Additionally, he said, his office was given inadequate staff who were mostly on secondment, a situation that made it nearly impossible for his outfit to effectively carry out its functions.

In a letter dated Monday and addressed to President Nana Addo Dankwa Akufo-Addo, Mr Amidu said his position had become ‘untenable’, especially with regard to the corruption risk assessment he conducted on the Gold Royalties Monetisation Transaction arrangement, popularly referred to as the Agyapa Deal.

He alleged that the reaction he got from the Presidency on the corruption risk assessment was the final push that led to his resignation.

Graphic Online gathers the board will meet over the resignation to determine the way forward.

Already, there is an ongoing public discussion over a replacement for Mr Amidu.

Mr Amidu in the press statement announcing his resignation said he informed President Akufo-Addo about his decision in a letter that was submitted to the Presidency at 3pm on Monday [November 16, 2020].

WAFU “B” U-20 tourney:Satellites face Niger in semi-final