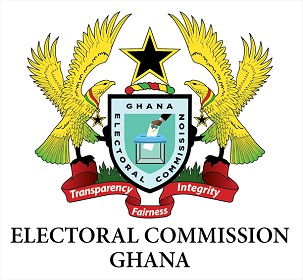 This, they said, would help find permanent solutions to the challenges facing some of the smaller political parties in the country and ultimately make multiparty democracy more formidable in the country.

Key among the challenges the parties observed was raising adequate funds to build the parties’ structures.

Representatives of the four parties made the call in an interview with the Daily Graphic. They are the Interim Chairman of the URP, Albert Okyere; the acting General Secretary and Founding Member of UPP, Gideon Nuakoh; the National Youth Organiser of DPP, Eric Tweneboa Kodua and the General Secretary of PUP, Edwin Cudjoe.

In his reaction, Mr Okyere said he did not agree with the EC’s action because some of the political parties had been calling for a fair level playing field in multi-party democracy, hence the call for state financing of political parties.

He explained that the former EC Chairman, Dr Kwadwo Afari-Gyan, was very passionate about supporting the political parties to find ways of executing that agenda, adding: “The EC of years ago is not the same EC of today”.

“We are going to seek help from the appropriate authorities, and when the time comes, you will know; we need to dialogue because, you see, it is all about financing,” the interim chairman revealed.

He pointed out that if something was not done immediately about the challenges facing the smaller parties, the country’s multi-party democracy would be jeopardised and become a two-party state run by only the two major political parties, the New Patriotic Party (NPP) and the dominant opposition party, the National Democratic Congress (NDC).

Mr Nuakoh said even if they were given “120 years they will not be able to get money to rent party offices to properly organise themselves”.

He, however, indicated that the EC was only carrying out its mandate pleaded with the commission to give the party some time to enable it organise properly to hold internal elections and put in place other party structures.

Mr Cudjoe said his party had erred and acknowledged that they could not fight the EC because the electoral body was carrying out its legitimate mandate as this was the first time it was cracking the whip.

Meanwhile, he noted: “I am fully in support of smaller parties being funded by the state as a way of strengthening our democracy”.

He expressed regret that the PUP’s formation in November 2020 coincided with the COVID-19 pandemic and so it affected the party’s ability to put in place effective structures, including renting its Regional offices, because the monthly dues from its members were not forthcoming.

Mr Kodua, for his part, expressed regret about the decision by the EC when the electoral body was aware of the strength of smaller parties compared to the NPP and the NDC.

“We are not like the NPP and the NDC; the EC has not been fair to us because we always submitted our audited accounts to them. So they should know our strengths and weaknesses,” he lamented.

Covid-19: We have been complacent in our fight