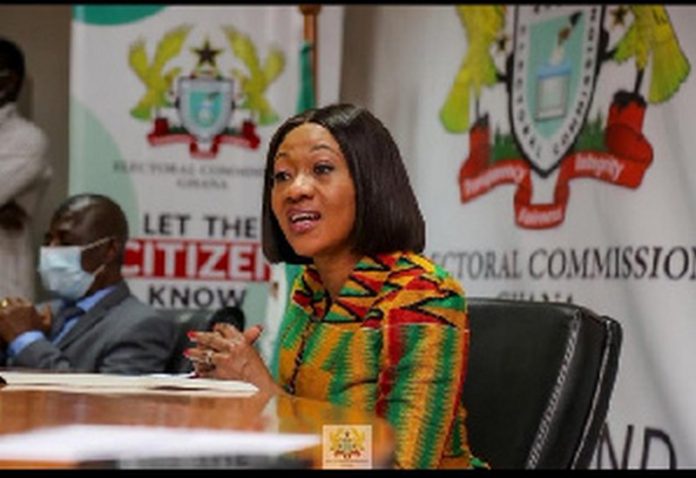 The Electoral Commission (EC) of Ghana has listed 17 political parties who have no regional and national presence and therefore risk having their registrations cancelled.

The EC has, therefore, given the 17 political parties up to Thursday, October 20, 2022, to show proof why their registrations should not be cancelled under the Political Parties Act of 2000, Act 574.

The parties include the United Progressive Party (UPP) formed and led by Kumasi-based Akwasi Addae, popularly known as Odike.

Another one on the list is the United Front Party (UFP), which was also formed by Akwasi Addai Odike and Nana Agyenim Boateng, popularly known as Gyataba, but following disagreements, Odike moved out or was moved out to form a new party, the UPP.

Also on the list is the Democratic Freedom Party (DFP), formed by Dr Obed Yao Asamoah and some other members from the National Democratic Congress (NDC), who were unhappy with some developments in the NDC and therefore moved away to form the DFP after the 2005 national executive elections in the party.

The National Reform Party led by Goosie Tanoh and other breakaway members from the NDC in year 2000 is also on the list.

The Reform Patriotic Democrats, originally led by Kofi Akpaloo, who has also moved to lead a new party, Liberal Party of Ghana is also on the list.

The EC undertook a nationwide exercise to inspect the offices of all registered political parties in Ghana.

Following the nationwide inspection, it came to light that the 17 under-listed Political Parties have no offices at the National and Regional levels as required by Section 15 (1) (Act 574), the EC said in a notice, published in the Daily Graphic.

“The Commission intends to invoke Section 15 (3) (c) of the Political Parties Act of 2000, Act 574, which mandates it to cancel the registration of Political Parties which do not have offices at the National and Regional levels.

”In this vein, the following Political Parties are by this notice requested to show cause in writing to the Electoral Commission why their registration should not be cancelled,” it added in the notice published on Thursday, October 13, 2022.