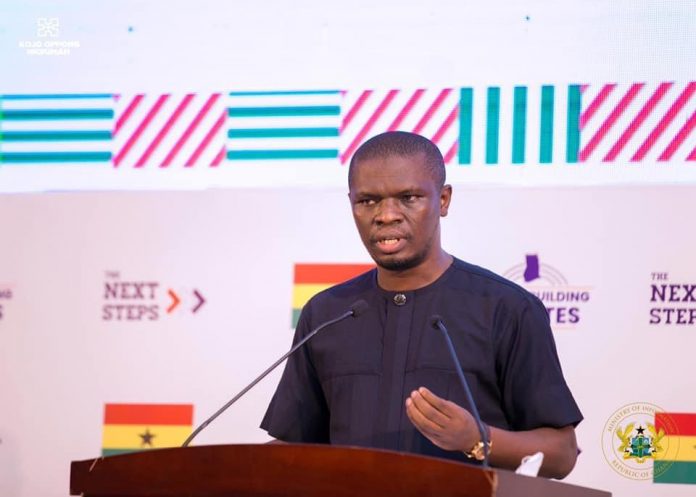 Four persons sustained severe machete wounds after some youth believed to be supporters of the National Democratic Congress (NDC) reportedly attacked some supporters of the New Patriotic Party (NPP) and the NPP Parliamentary Candidate for Yagba/Kubori constituency in the North East Region.

Though the parliamentary candidate, Mr Yussif Mustapha, who is also the Chief Executive Officer of the National Service Scheme (NSS) escaped unhurt, the aggrieved supporters vandalized a number of his campaign vehicles and several other properties at his residence.

A local radio station at Yagaba which is said to be owned by the NPP parliamentary candidate was also not spared in the incident which occurred on Sunday, November 29.

Angered by the outcome of the rally, a young man who appeared at the venue in an NPP branded T-shirt was allegedly attacked by the supporters who claimed he was there mock them.

The Assemblyman for the Kpatorigu Electoral Area, Mr Sulemana Mohammed narrating the incident said “after they attacked the young man they proceeded to the NPP parliamentary candidate’s residence and attacked the people who were in the house and destroyed other properties”.

“I understand Mr Yussif Mustapha was touring some communities when they stormed his residence, those who were around had to scale the wall to save their lives,” he alleged.

He said the injured were receiving treatment at the Yagba hospital.

When contacted, the North East Regional Police Crime Officer, Superintendent Reuben Yao Dugah confirmed the incident and said the police had received reports on damages to vehicles and party structures for both parties.

He said the police had begun investigations into the matter, adding they will not spare anyone found culpable.

The Regional Secretary of NPP, Mr Sulley Sambian in a statement condemned the attack and called on the police to swiftly investigate and bring the perpetrators to book.

He accused the MP of masterminding the attack, saying that “Hon. Tanko has always been associated with violence, a trait that decent men ought to show aversion and revulsion for”.

“As we wait on the security services to act swiftly to bring the perpetrators to book, we entreat all NPP supporters in the Yagaba/Kubori constituency to remain calm. We believe the security services will do a good job to protect lives and property before, during and after the December 7 elections” he urged.

Meanwhile, Mr Tanko has denied knowledge of the attack and said he was not aware any such incident occurred during the rally.