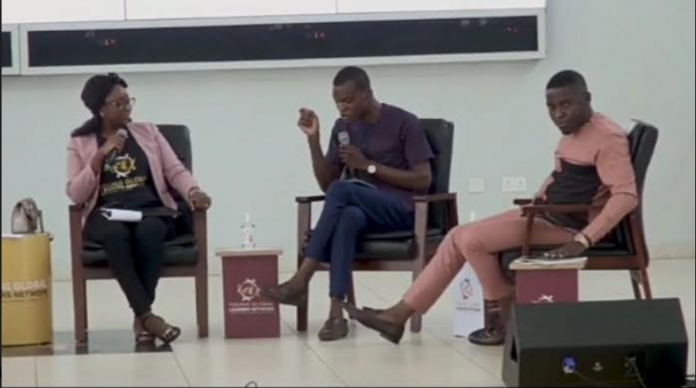 Young leaders representing the governing New Patriotic Party (NPP) and opposition National Democratic Congress (NDC) have touted the policy initiatives rolled out by their respective parties as to the best for the country.

This came to bear, when the National Secretary of Zongo Youth Patriots, Radia Adama Saani engaged the Deputy National Youth Organizer of NDC, Eric Edem Agbana in a debate at the just ended Young Ghanaian Leaders’ Summit held in Accra.

Whereas Eric Edem Agbana, relied heavily on his political experience to take absolute control over the debate, Radia Adama Saani on the other hand showed him her command over the Queen’s language, interlaced with her entrepreneurial acumen, leadership experience in outlining the important succes chalked up by the government over the last four years.

She named the introduction and implementation of the Nation Builders Corps (NABCO), which employed a hundred thousand Ghanaian youth at ago, and the implementation of free Senior High School education as some of the policies.

She also mentioned the introduction of the National Entrepreneurship and Innovation Programme (NEIP), the Presidential pitch introduced as a special entrepreneurship initiative designed and organised by the Ministry of Business Development in conjunction with the National Youth Authority for entrepreneurs with an emphasis on youth.

On his part, Mr. Agbana mentioned the introduction and implementation of pro-poor youth policies such as National Youth Employment (NYE), Youth Enterprises and Skills Development Program (YESEP), and Local Entrepreneur Skills Development Program (LESDEP) to back his claim of the tremendous success chalked up by the previous government in advancing the course of youth.

The debate as staged by the two speakers was described as healthy, motivating, and encouraging for young Ghanaians to determine the direction of their votes on Monday.