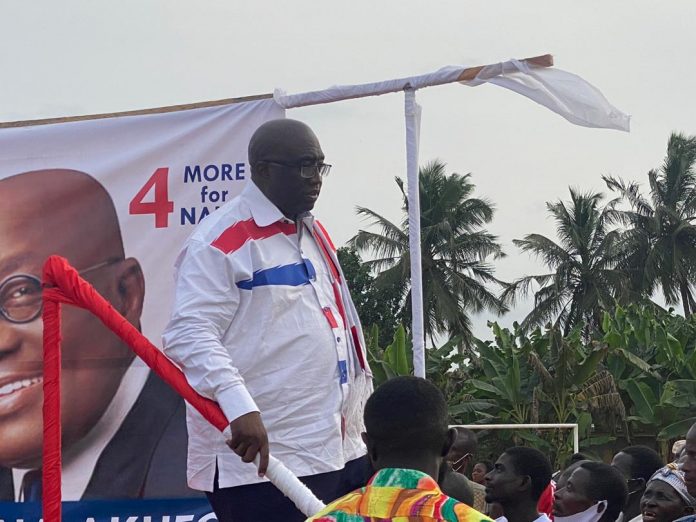 The Essikado-Ketan Constituency Branch of the New Patriotic Party (NPP) has accused the National Democratic Congress (NDC) Parliamentary candidate Dr Grace Ayensu-Danquah of disrupting the collation process of what it described as an “otherwise credible and transparent election”.

The party in a statement said the election was credible and transparent contrary to unsubstantiated claims by the opposition National Democratic Congress (NDC) that the Essikado-Ketan Constituency Parliamentary Election was rigged in favour of veteran politician and lawyer, Mr Joe Ghartey.

The party has also challenged the NDC to prove the allegations of fraud at the appropriate quarters.

Per the Electoral Commission’s (EC) certified results for the Essikado-Ketan Constituency, Mr Ghartey polled 26,701 of valid votes cast to win the Parliamentary election while the NDC’s Parliamentary candidate, Grace Ayensu-Danquah garnered 24,527 votes and the Parliamentary Candidate for the Ghana Union Movement polled 629 votes.

The Party also accused the NDC of attempting to use violence to disrupt the collation of votes at the Methodist Church, Brigade Hall, Essikado.

Read the entire statement below;

Our attention has been drawn to spurious and baseless allegations of alleged massive fraud by the NPP in the recent Parliamentary Elections.

We had received unconfirmed reports that the NDC was seeking to rig the elections so we of the NPP were very alert on the day of the election.

Our representatives went to the Collation Centre of the Essikado Ketan Constituency which is at the Methodist Church, Brigade Hall, Essikado. The Electoral Commission Officials started receiving the ballot boxes and electoral materials from their officials who were coming in from the various polling stations.

At the time NDC supporters led by their candidate Grace Ayensu Danquah and other party members including former Minister for National Security rushed to the Collation Centre claiming the NDC had won the parliamentary election. At the time we had not even collated the Presidential vote. Their members who were carrying knives and other implements started throwing stones into the Collation Center. There was absolutely no basis for this commotion. Neither was there any basis for the claim that NDC had won the Parliamentary election when the results from the various polling stations had not been officially collated and announced by the Returning Officer. Around 11 pm Grace Ayensu and her team left the Collation Centre having been repelled by the police and military when they sought to take over the Collation Centre.

Three members of the NDC were present. This included one Alidiu who presented himself as the NDC youth organizer and a lawyer who said he was representing the NDC Parliamentary Candidate. During the collation, the representatives of NDC raised issues once in a while and it was only after the issues they raised were resolved that the EC continued the process.

At the end of the process, the Returning Officer announced the votes of the Three Candidates who stood for Parliamentary election in Essikado Ketan Constituency and declared our candidate, Joe Ghartey, the winner. We challenge the NDC to prove the allegations of fraud at the appropriate quarters.