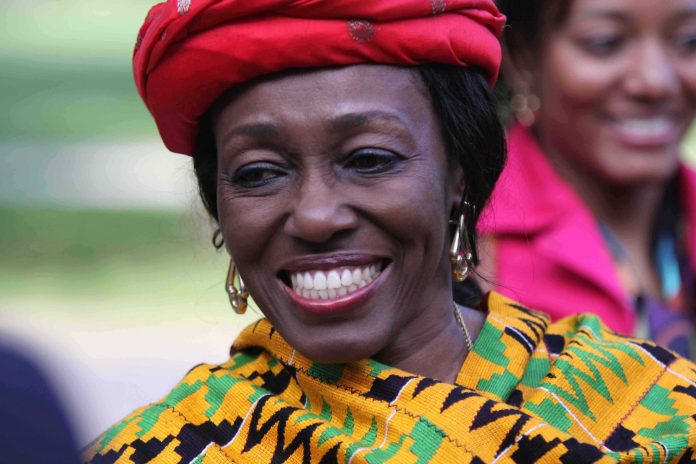 The Presidential candidate of the National Democratic Party (NDP), Nana Konadu Agyeman Rawlings has not withdrawn from the December 7, 2020 presidential race.

Sources close to her office has told Graphic Online that the NDP has not communicated any decision to withdraw from the race to the Electoral Commission as was being speculated.

Checks by Graphic Online at the Electoral Commission (EC) has also indicated that no such letter had been received as of 11:30am Monday contrary to what has been reported by some media houses.

A highly placed source at the EC told Graphic Online that as of close of work on Friday, November 20, 2020, no letter of that sort had been received.

The NDP has a scheduled a press conference at 2pm today at the Alisa Hotel in Accra.

Last week, the General Secretary of the National Democratic Party (NDP), Alhaji Mohammed Frimpong, told Graphic Online that campaign team of the party had been divided into two to ensure that the party covered enough grounds before election day.

He said the party’s presidential candidate, Nana Konadu Agyeman Rawlings, has had to take a back stage in view of her bereavement and would, therefore, not be with the campaign team.

“Our teams are criss-crossing the country to motivate all our parliamentary candidates,” he stated.

He said the party was upbeat about the elections due to its strategies and direction “in fulfilment of the social testament of late Papa J”.

He said the teams were heading towards the five regions of the north as well as the Bono and Ashanti regions.

“As we speak, the National Executive Committee team is currently in the Sissala West Constituency of the Upper West Region,” he stated.

Mother of 8-year-old boy without feet calls for support