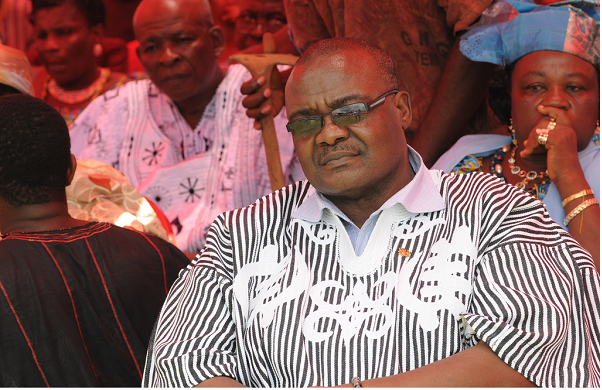 The National Democratic Congress (NDC) has called on the Police Administration to provide adequate security to all NDC Members of Parliament-elect.

That, it said, followed violent attacks on two of the party’s MPs-elect for the Keta and Jomoro constituencies after their respective victories in the recently-conducted general election.

A statement issued in Accra  yesterday by its Director of Communications, Mr Kakra Essamuah, further called on the individual NDC MPs-elect to take all necessary measures to boost their personal security.

It also urged the party in the affected constituencies to offer assistance towards achieving maximum security for all NDC MPs-elect.

It condemned the violent attacks against the party’s Members of Parliament-elect for the Keta, Mr Kwame Dzudzorli Gakpey and Jomoro, Madam Dorcas Toffey, following their victories in the recently-conducted general election.

“The brutal assault on the person of Madam Dorcas Toffey, Member of Parliament- Elect for the Jomoro Constituency in the Western Region, resulting in her hospitalisation, and serious injuries to several members of her household and NDC supporters, was clearly designed to cause severe injury to her,” it said.

The  statement alleged that the attacks were in expectation that Madam Toffey might not be able to take her seat at the time of the swearing in, thus enabling the New Patriotic Party  (NPP) to claim majority status and empower them to select the Speaker of Parliament.

“It was in a similar vein that Mr Gakpey was also attacked,” it said.

Meanwhile, Dotsey Koblah Aklorbortu has reported that the Jomoro NDC has described the attack on Madam Toffey as bizarre and unfortunate.

At a press conference, the NDC Constituency Communication Officer, Mr Patrick Ellonu, said the incident had been reported to the police while the victim was receiving treatment at the Half Assini Government Hospital.

He said the NDC remained a very peaceful party and urged the supporters of the NDC to take their personal security seriously.

Aside from the Jomoro incident, Mr Gakpey was last Friday dawn attacked by some unknown gunmen at his home at Anlo-Afiadenyigba.