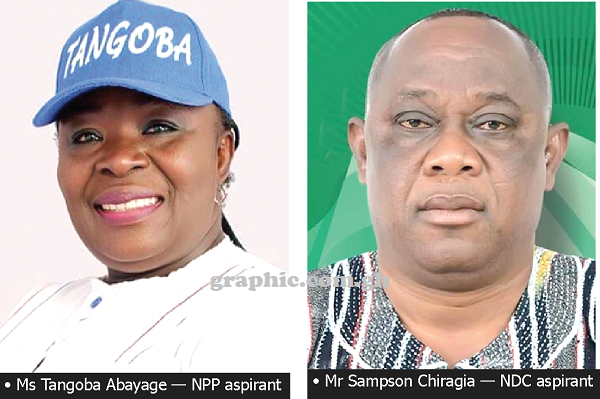 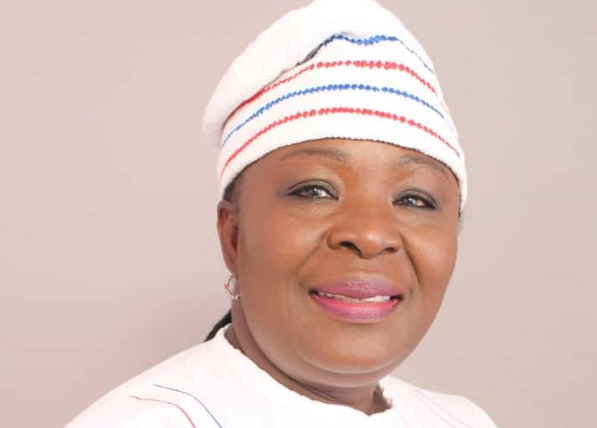 Miss Abayage in a Facebook post said she was proud that she had given her opponents a close race although the Electoral Commission is yet to declare the official results of the General Election.

She posted: “Unfortunately I lost to the men! ?
But I raise my chest boldly out! ??????
Never has there been this fight in Navrongo before.
Navrongo wins at the end of it all.
No dusting of body; just polishing of shoes and dancing off into the future!
#GodDeyWeDey! ??????”

Miss Abayage, the current Upper East Regional Minister and the opposition NDC’s, Mr Sampson Tangombu Chiragia, a.k.a., ‘STC’, a tax auditor are the frontrunners of the two-horse race.

Navrongo Central is already known as a swing constituency judging from the voting patterns since the country’s return to constitutional rule in 1992.

In 1992, Godfrey Abullu of the NDC won the parliamentary election and in 1995, when there was a by-election, an independent candidate, John Setuni Achuliwor, won and occupied the seat. In 1996, however, Clement Tumfuga Bugase, won on the ticket of the NDC.

Then in the year 2000, Achuliwor came back again, but this time around on the ticket of the NPP and won the election. Unfortunately, Achuliwor’s tenure was short-lived as he died in a motor accident on January 25, 2003, warranting a by-election on March 25, 2003.

The incumbent MP for the constituency, Mr Kofi Adda, won the by-election for the NPP and became an MP in 2003, going ahead to win the subsequent election until he was defeated in 2012 by the NDC’s Mark Owen Woyongo. Mr Woyongo held the seat for the NDC until he lost it in 2016 to Mr Kofi Adda.

An assessment of the voting pattern in the general election between 2008 and 2016 points to the fact that members of the Navrongo Central Constituency voted ‘skirt and blouse’ in the 2016 election.

At the parliamentary level, they voted for the NPP candidate, who is also the current MP for Navrongo Central and Aviation Minister, Mr Adda, but the constituents, however, voted for the NDC’s flag bearer and former President, Mr John Mahama, with 18,810 votes, representing 47.19 per cent, while the sitting President Nana Addo Dankwa Akufo-Addo secured 18,759 votes, representing 47.06 per cent.

In 2012, the electorate in the constituency voted for the NDC in both the parliamentary and presidential elections. Mr Mark Woyongo polled 17,907 votes, representing 53.16 per cent, to beat his closest rival, Mr Adda who got 15,443 votes representing 45.84 per cent.

These voting patterns, therefore, re-echoes the point that winning the 2020 parliamentary election is going to be a 50-50 affair.

Judging from the results of the last three election, both the NPP and the NDC presidential candidates have had significant votes compared to the smaller parties such as the People’s National Convention (PNC), the Convention People’s Party (CPP), the United Ghana Movement, the Great Consolidated Popular Party, the Progressive People’s Party among other parties.

The smaller parties can, therefore, not pose a threat to the NDC and the NPP at both the Parliamentary and the Presidential levels.

Both aspirants are contesting the parliamentary seat for the first time in a general election. They both have rich experiences and solid backgrounds in their chosen career. Just as Ms Abayage perhaps has an urge over her NDC contender as her government is currently in power, Mr Chiragia, on the other hand, is also arguably counting on his strength as a grass-roots man.

Both candidates have solid academic and professional backgrounds in addition to their political experiences.

For instance, while Mr Chiragia is a Tax Auditor, a member of a number of professional bodies, he has also been active in the party front as an organiser.

A gender activist, Ms Abayage, is coming into the contest as the first female substantive regional minister of the Upper East Region, having defeated the incumbent in the NPP primaries.

Both candidates have, as part of their visions and campaigns pledged to prevail on their respective campaign team members and supporters to avoid insults and conduct ‘issue-based campaigns’.

Mr Chiragia, in addition, has indicated that his primary vision is to help create more job opportunities for the youth to enable them to contribute meaningfully to the development of their respective communities and prevent them from engaging in crime.

He mentioned particularly local artisans and women’s groups who needed start-up capitals to establish their businesses as well as further training to acquire skills.

Affectionately called the ‘Lioness’, Ms Abayage believes her ability to effectively manage the region so far puts her in a better position to handle the Navrongo Central constituency when elected as an MP.

As a way of solving one of the development challenges of the constituency, she has taken the initiative to donate at least 1000 dual desks in a bid to reduce the number of children sitting on the bare floor of their classrooms for lessons.

In August this year, the NPP Parliamentary Candidate donated 400 of the dual desks to the Kassena – Nankana Municipal Education Directorate to be distributed to schools in Navrongo.